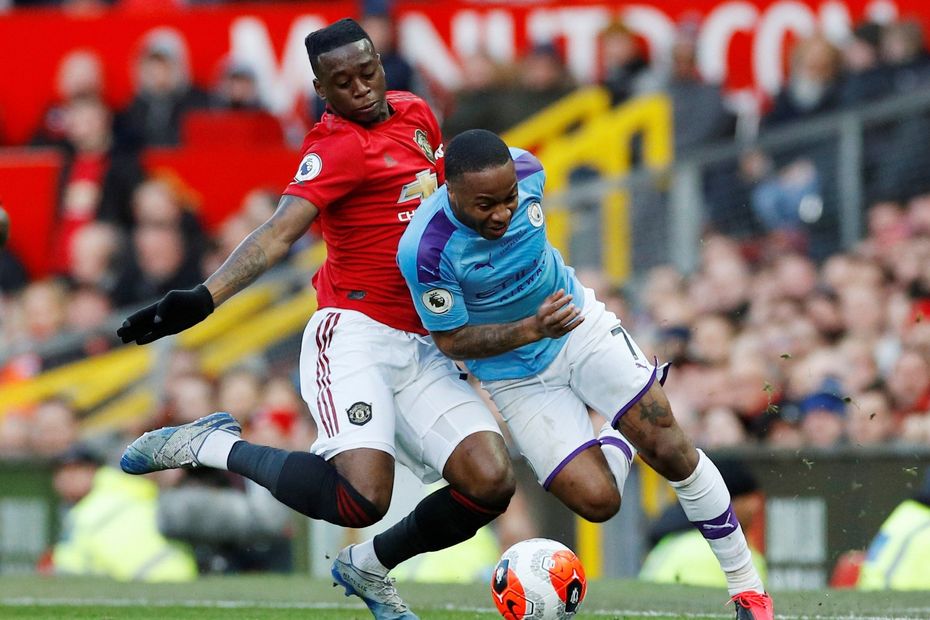 Dealing with the threat of Raheem Sterling and Manchester City is one of the most difficult challenges a Premier League defender can face.

But, for the second time this season, Aaron Wan-Bissaka rose to the occasion and was able to help Manchester United earn bragging rights in the derby.

Wan-Bissaka won four tackles, 12 of 14 duels and made eight recoveries, while not once being dribbled past by Sterling or any other Man City player.

It was a performance that inspired a 2-0 win and earned the 22-year-old a place in Premier League Champion Alan Shearer's Matchweek 29 Team of the Week.

🚨 @alanshearer's Team of the Week is here! 🚨⁣
⁣
Agree with his picks? pic.twitter.com/bav2Y1zRPl

A series of fantastic stops including a brilliant double save for his 10th clean sheet of the season.

Wan-Bissaka shackled Man City's attacking players exceptionally and came out on top in his battle with Sterling.

Another captain's performance from Crystal Palace's talismanic centre-back, who helped his side keep a third successive clean sheet.

Shaw's adaptability has been key to Man Utd's new-found solidity at the back. A superb display.

An impressive showing against his former side. The England international provided two assists and helped boss the midfield.

Chelsea's 18-year-old built upon a fine FA Cup performance versus Liverpool with an assured 90 minutes on his full Premier League debut.

Newcastle's lively winger finished brilliantly for the winning goal and was a constant menace.

Liverpool's fantastic winger scored a crucial winning goal. He and his team-mates showed great character to come back.

Helped Leicester City return to winning ways with a clinical brace and an excellent all-round performance.

The focal point of a free-flowing attack, Giroud linked play expertly and got the goal his display deserved.

A brilliant Manchester derby win to seal the double over their neighbours. The Red Devils have really boosted their hopes of qualifying for the UEFA Champions League.