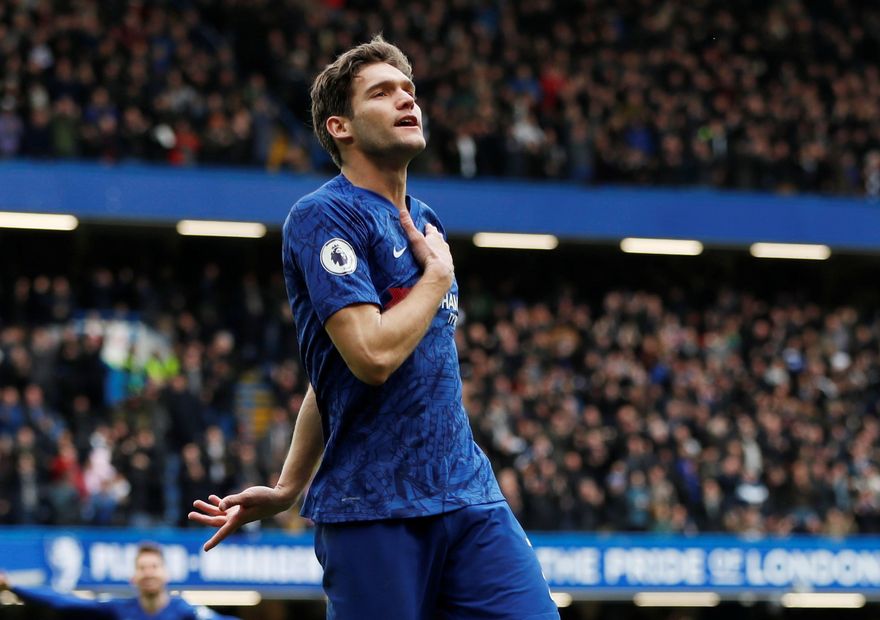 Marcos Alonso has spent much of 2019/20 as Chelsea's second-choice left-back, but the Blues are almost always more dangerous with him in the side.

The Spaniard has scored three goals in his last two Premier League outings and has exerted a remarkable influence on the team this term.

Frank Lampard's side have won seven of the eight top-flight matches Alonso has started, scoring more goals and conceding fewer.

The Spaniard was involved in the handsome victories at Wolverhampton Wanderers, Southampton and Burnley, and also played in both triumphs over Tottenham Hotspur.

Chelsea with and without Alonso

Given the remarkable statistics above, the 29-year-old is surely in line to start again at home against Everton this Sunday.

Lampard has missed the adventure that Alonso provides down the left side for much of this campaign, especially at Stamford Bridge.

The only dilemma for Chelsea's head coach will be which formation to fit Alonso into.

Lampard's preference appears to be a traditional four-man defence but Chelsea have been more reliable with a back three.

They have only lost one Premier League match in a 3-4-2-1 system this season, a 2-0 home defeat by Southampton.

It should be noted, though, that they switched from a back three to a four-man defence when coming from behind against both Arsenal and AFC Bournemouth.

When the likes of Callum Hudson-Odoi, Christian Pulisic and Willian are fully fit and in form, it makes sense on many levels for Lampard to use a 4-3-3 or a 4-2-3-1 set-up.

It frees up room for an extra attacking midfielder to be selected, instead of a defender.

However, the quality of the Blues' attacking full-backs means they can switch seamlessly to 3-4-2-1.

Alonso, Emerson and Reece James are three of the most exciting full-backs in the Premier League.

As natural wing-backs, they are ideally suited to Lampard's plan B.

In the short-term at least, Alonso's knack for finding goalscoring positions makes him invaluable.

His 30.8 per cent shot conversion rate is Chelsea's highest when you take out the occasional contributions of Antonio Rudiger (33.3 per cent) and penalty taker Jorginho (50 per cent).

Another advantage Chelsea have when using three centre-backs is the extra height it gives them when defending set-pieces and crosses.

This has been an area of weakness throughout Lampard's first season in charge at Stamford Bridge.

Meanwhile, Sunday's opponents Everton have scored the most goals from corners, with nine, and boast the twin aerial threats of Dominic Calvert-Lewin and Richarlison.

So despite beating Liverpool 2-0 in the FA Cup this week with a back four, it may be prudent for Lampard to consider reverting to a back three.

Bringing in an extra centre-back, while releasing Alonso and James to play further forward, could pay off against the Toffees.