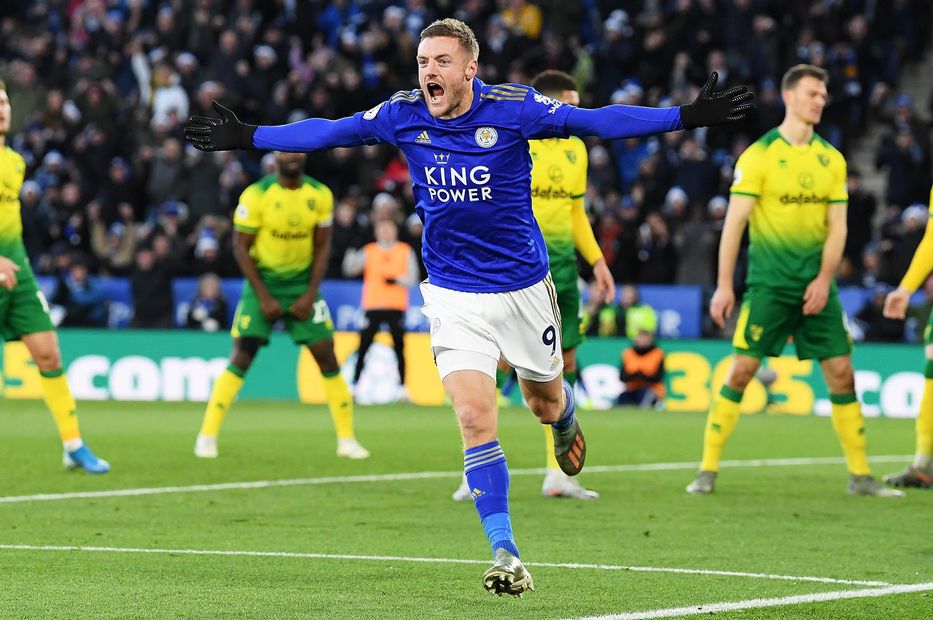 A visit to Norwich City lifts the appeal of Jamie Vardy (£9.7m) as a captain alternative to Mohamed Salah (£12.8m) and Sadio Mane (£12.3m) in Fantasy Premier League.

But his record against bottom-half sides offers encouragement for his 36.1 per cent ownership.

And his total of 23 shots on target in those matches is more than any other player in FPL.

However, it is Liverpool pair Salah and Mane who are the standout captaincy picks for Gameweek 28.

Both have prolific FPL records against their weekend hosts Watford.

Salah has scored eight goals and provided two assists in his five meetings with the Hornets.

The Egyptian is also Liverpool's in-form attacker, with 40 points in the Reds' last four matches.

And away from home, he has bettered Salah by five goals to two this term.

There are further alternatives for the armband in Leicester and Liverpool's ranks.

For the Foxes, Harvey Barnes (£6.0m) has found the net in three of his last four starts.

And Ayoze Perez (£6.2m) has scored all seven of his goals this season against opponents in the bottom half of the table.

Alexander-Arnold has produced attacking or defensive returns in each of his last 13 starts.

Firmino, meanwhile, has scored eight goals on the road in 2019/20, more than any team-mate.

Holly Shand (@FFCommunity_): I can't look beyond Liverpool, who have been so trustworthy this season. I'm spoilt for choice having Salah and Mane in my side. That's a differential in itself, so I can afford to play safe and give Salah the armband against his favourite opponent.

Tom (@WGTA_FPL): While Salah, Mane and Alexander-Arnold will be in most people's minds, could Vardy see a resurgence as his fixtures improve? He's one to consider if you fancy a differential this Gameweek.

Ash (@FPLHints): Salah is the no-nonsense captain pick. He has good form against Watford, but if you own Mane he's also worth captaining. An outside pick would be Vardy against Norwich, but he hasn't scored a league goal in 2020.

Sam Bonfield (@FPLFamily): I'm really torn this week. Vardy has the fixture but not the form, which means I'm not trusting him this time. All the Liverpool attackers look great, but Alexander-Arnold hasn't blanked in a match he has started since Gameweek 13, so I'm really tempted to give him my armband.

Ben Crabtree (@FC_CrabDogg): I'm currently on Richarlison (£8.3m) given his form and Manchester United's inconsistent defence. But a late switch to Vardy may be on the cards.

Chuck Booth (@ChuckBoothSport): It's getting a little predictable these days but Salah has been the major factor in my rise back to a respectable rank and I can't turn my back on him. Danny Ings (£7.1m) is a solid differential option versus West Ham United but his lack of form scares me off.