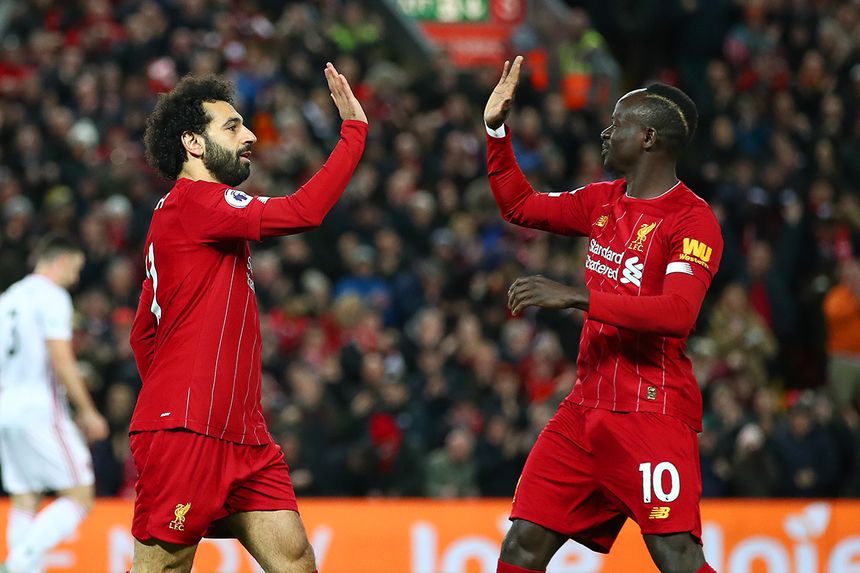 The Liverpool wingers have both excelled at Anfield this season.

Salah has scored 12 goals and supplied one assist over his 12 home outings.

The Egyptian has averaged nine points per match (ppm) on home turf.

At Anfield, Salah’s 49 shots and 24 shots on target are both more than any team-mate.

When selected, he has been involved in 46 per cent of their home goals, compared with 45 per cent for Salah.

They have conceded 12 goals and allowed 53 shots inside the penalty area in the last four Gameweeks, both more than any other team.

The Hammers have also fared poorly in attack away from home, scoring only four goals in their last nine away trips.

That also lifts the prospects of Trent Alexander-Arnold (£7.7m) as a captaincy option.

The Liverpool right-back has produced attacking or defensive returns in each of his last 12 starts.

Kevin De Bruyne (£10.8m), the top-scoring player in FPL, is among the most appealing alternatives to the Liverpool trio.

The Manchester City playmaker visits Leicester City on the back of a 14-point haul against West Ham in midweek, his seventh double-figure haul of the season.

Owners of Jamie Vardy (£9.7m) will be hoping he can extend his fine record against Pep Guardiola’s side.

He has scored five goals in his last seven Premier League meetings with Man City.

Holly Shand (@FFCommunity_): I'm torn between Salah and Mane, after holding the latter through injury. Both have an excellent record against West Ham, but Salah just edges things with excellent form at Anfield and spot-kick duties, too.

Paul Gee (@FplPaulGee): You've got to be brave to not pick one of the Liverpool boys. If you own both Mane and Salah, it's a difficult decision, but for me it's Salah due to penalties.

Ben Crabtree (@FC_CrabDogg): At the moment I'm on Raul Jimenez (£7.8m). I might buy Matt Doherty (£6.1m) this week, so he'd tempt me, with my other players not having great fixtures.

Ben McNair (@drbenmcnair): West Ham gave up plenty of chances against Man City, so it's hard to look past Salah. He's had a couple of quiet away matches over the last seven days, but there's a very good chance he'll be back in the points at Anfield.

Sam Bonfield (@FPLFamily): Mane, Salah and Roberto Firmino (£9.7m) all look excellent picks for the armband. I'll be going Salah. But for a differential pick I fancy Danny Ings (£7.1m) to do really well this weekend.