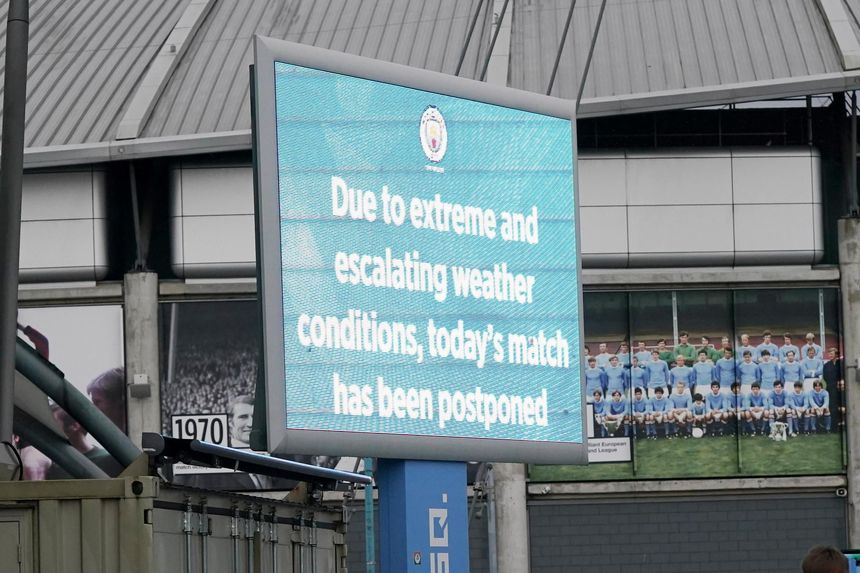 Manchester City's Premier League match at home to West Ham United has been postponed because of the extreme weather conditions brought about by Storm Ciara in the United Kingdom.

A statement from Man City read: "Due to extreme and escalating weather conditions and in the interests of supporter and staff safety, today’s match has been postponed.

"This decision has been made by Manchester City’s Safety Officer following consultation with Club stakeholders and officials at West Ham United.

"Further information regarding the rescheduling of today’s match will be published in due course."