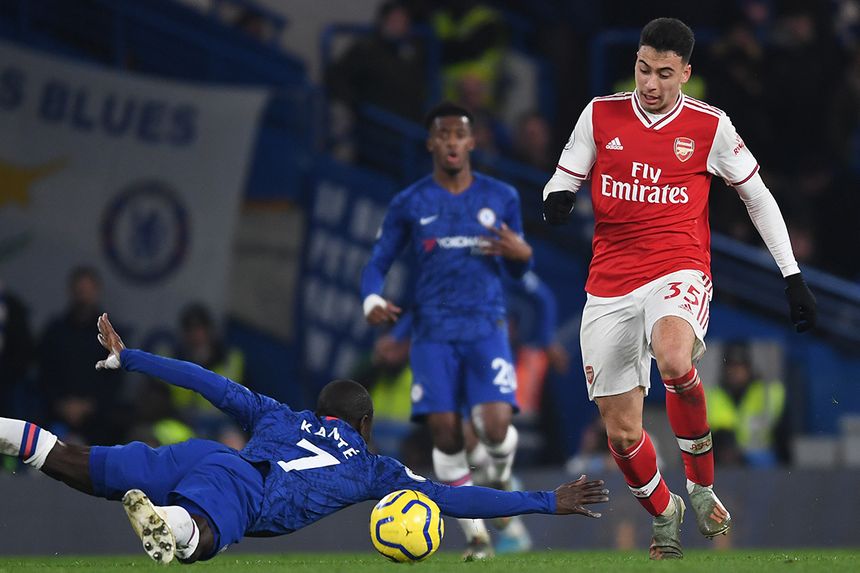 Gabriel Martinelli | In my own words External Link
Son: Burnley goal was an amazing feeling
Townsend strike wins Carling Goal of the Month for March 2017

The solo goal that Gabriel Martinelli scored at Chelsea on Tuesday stood out for the distance the Arsenal forward ran with the ball before shooting.

But analysis shows it was not even the furthest a player has travelled with the ball before scoring in the Premier League this season.

Martinelli ran with the ball an incredible 61.59 metres before scoring his 63rd-minute equaliser at Stamford Bridge.

It was the furthest distance travelled with the ball by an Arsenal player before scoring in the Premier League since such data was first measured by Opta in 2012/13.

However, Martinelli's long-distance feat fell short of that by Son Heung-min earlier in the season.

In December, the Tottenham Hotspur star surged past the Burnley defence to add the third goal in a 5-0 win.

Son's run was recorded at 71.41 metres, covering that distance in only 11 seconds. It also earned him the Budweiser Goal of the Month award.

However, even Son's strike falls short of the goal scored after the longest distance travelled by a player.

That was Andros Townsend's effort for Crystal Palace at West Bromwich Albion in 2016/17.

Townsend's late run before making it 2-0 at The Hawthorns was recorded as a distance of 75.97 metres, completed in 14 seconds.

Like Son's effort, Townsend's achievement was voted the Premier League Goal of the Month for March 2017.

Whether Martinelli's will receive a similar accolade will be seen when the January awards shortlists are announced next week.