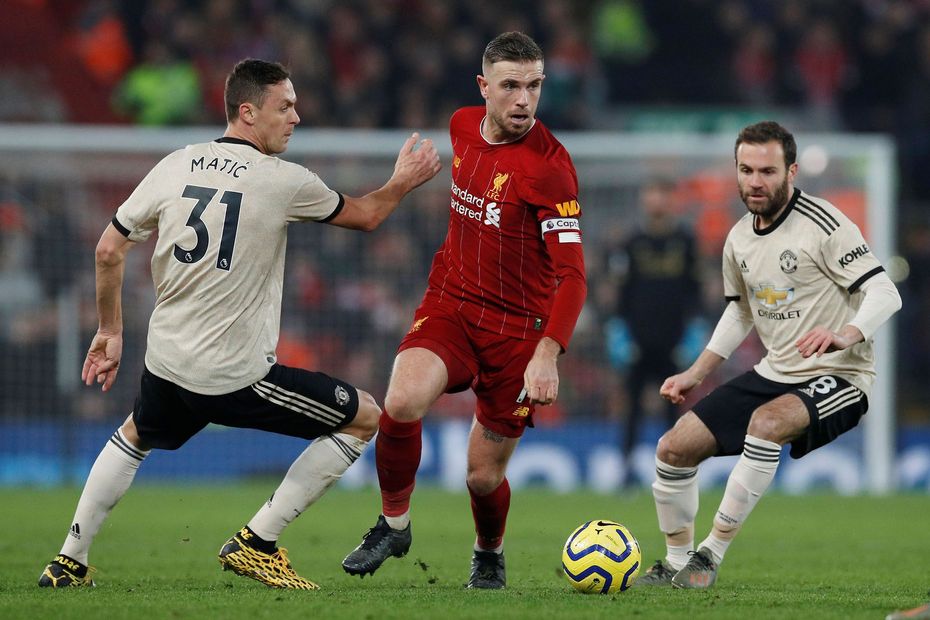 Liverpool's 2-0 victory over Manchester United had a titanic midfield showing at its heart, according to Alan Shearer.

The Premier League Champion says Jordan Henderson gave a "captain's performance" at Anfield to inspire his side to a 13th consecutive league win.

Made several stops including a penalty save to help his team earn a huge three points.

Defensively supreme yet again and weighed in with another important goal.

Solid as a rock. Never wavered when the going got tough.

Outstanding. Put in a man-of-the-match performance to resist the waves of Chelsea attacks.

Gave a captain's performance, took the battle to Man Utd and was unlucky to hit the post with a great shot.

Must stay fit if Villa are to stay up. Brought quality to the attack and produced another clinical finish.

Worked his socks off in two positions and popped up with the dramatic winner!

Came to life with a brilliant second-half performance marked by two assists in this impressive comeback win.

Popped up with a quickfire double when his team needed him. Unfortunate not to be the match-winner with his two first-class finishes.

What a season he is having. His brace completed a stunning comeback and took his tally to 19 goals in all competitions.

Must have been some half-time team talk. He masterminded an incredible fightback with Wolves two goals down against an in-form Southampton side.