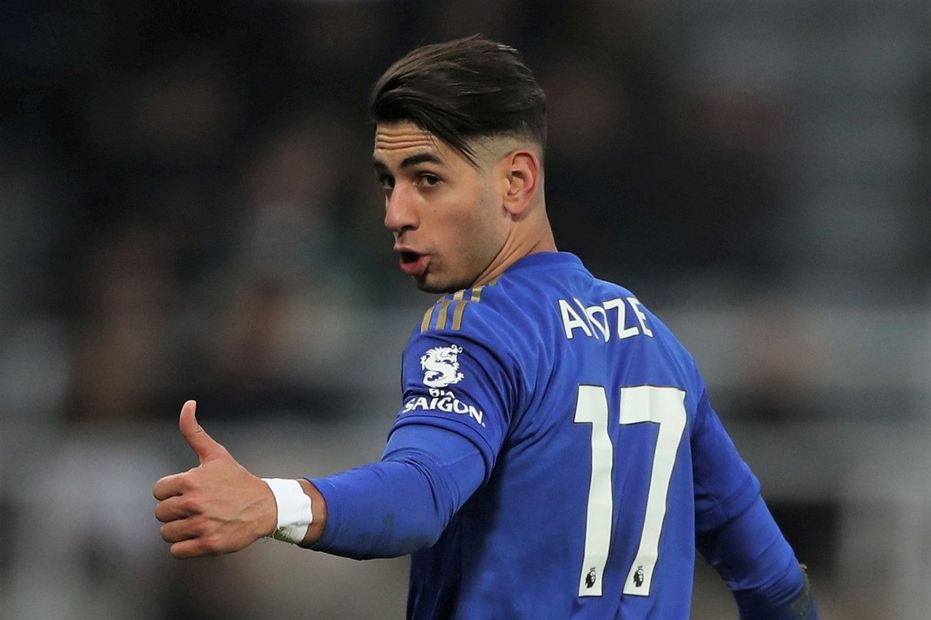 The Leicester City forward has been a standout performer in the last two Gameweeks while Jamie Vardy (£10.1m) has been sidelined.

Perez has racked up 23 FPL points in that period, having supplied two assists against West Ham United in Gameweek 20.

Yet he remains a largely overlooked option in FPL, sitting in just 4.9 per cent of squads.

Perez takes his place in a Dream Team line-up that scored 136 points.

Arsenal's goalkeeper claimed only his second home clean sheet of the season in the 2-0 win over Manchester United. Leno made four saves to earn two bonus points in Wednesday night's encounter.

The Arsenal centre-back was a big influence at both ends of the pitch against Man Utd. His goal and clean sheet helped him claim the maximum three bonus points and a debut in the Dream Team this season.

An assist and clean sheet against Sheffield United, along with three bonus points, took the Liverpool left-back into joint-second place among FPL defenders. Robertson's total of 98 points is bettered only by the 112 points of his team-mate Trent Alexander-Arnold (£7.4m).

The Southampton defender supplied the assist as Danny Ings (£6.7m) struck the only goal of the match against Tottenham Hotspur. Stephens has returned 29 points in the last four Gameweeks.

West Ham United's right-back enjoyed a successful outing in his first match under David Moyes. Fredericks provided his second assist of the season in a 4-0 home win over AFC Bournemouth and helped his side keep a clean sheet.

The Spaniard scored Chelsea's opener in their 1-1 draw at Brighton & Hove Albion. Azpilicueta further rewarded his 4.8 per cent ownership with three bonus points at the Amex Stadium.

West Ham's captain thrived in Moyes' first match since returning to the club, netting twice to finish as the top-scoring player of Gameweek 21.

The Spaniard can be a major short-term differential for Leicester. According to the Fixture Difficulty Ratings (FDR), the Foxes' next two home matches score only two.

The playmaker had a decisive impact in Aston Villa's 2-1 win at Burnley. Grealish scored and supplied an assist to climb to seventh in the FPL midfield standings.

Manchester City's frontman matched his season-high haul in FPL by scoring twice in a 2-1 win over Everton at the Etihad Stadium. Jesus has started five of the last seven Gameweeks, returning five goals and an assist in that time.

His goal and assist made the difference as Watford claimed a 2-1 home win over Wolverhampton Wanderers. Deulofeu has provided 23 points in his five matches under new manager Nigel Pearson.