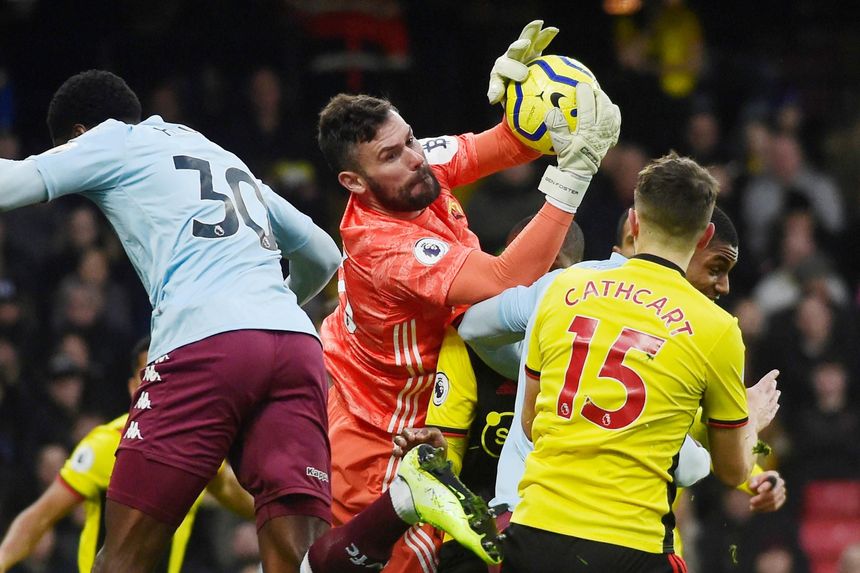 The Watford No 1 recorded his sixth shutout of the campaign in the 3-0 win over Aston Villa.

With six points he moved above AFC Bournemouth's Aaron Ramsdale (£4.8m) as the highest-scoring goalkeeper in the game.

Foster has been a reliable source of returns at Vicarage Road, in particular.

Indeed, his five home clean sheets are joint-top with Nick Pope (£4.7m) of Burnley among goalkeepers this season.

Calvert-Lewin has five goals in as many matches since Marco Silva's departure as manager.

The 22-year-old is the most-bought forward in the Gameweek, with 42,000 new owners ahead of a visit to Manchester City.

And his prospects look good for further attacking returns after New Year's Day. All of Everton's four matches from Gameweeks 22-25 score only two in the Fixture Difficulty Ratings (FDR).

Deeney and Calvert-Lewin were among the six players who registered double-digit scores on Saturday.

And all of them were FPL differentials, with ownerships of less than five per cent.

Four of Perez's five highest Gameweek totals of the season have come in away fixtures.

Rashford and Ings march on

A pair of in-form frontmen were again on the scoresheet again on Saturday.

Marcus Rashford (£9.1m) netted his 12th goal of the campaign in Manchester United's 2-0 win over Burnley.

He now has 17 attacking returns this term, matching his total for the whole of 2018/19.

Ings has climbed to fourth overall among FPL forwards on 109 points.

He is now level with Trent Alexander-Arnold (£7.4m) at the top of the FPL form table. Both players have produced 7.3 points per match over the last 30 days.