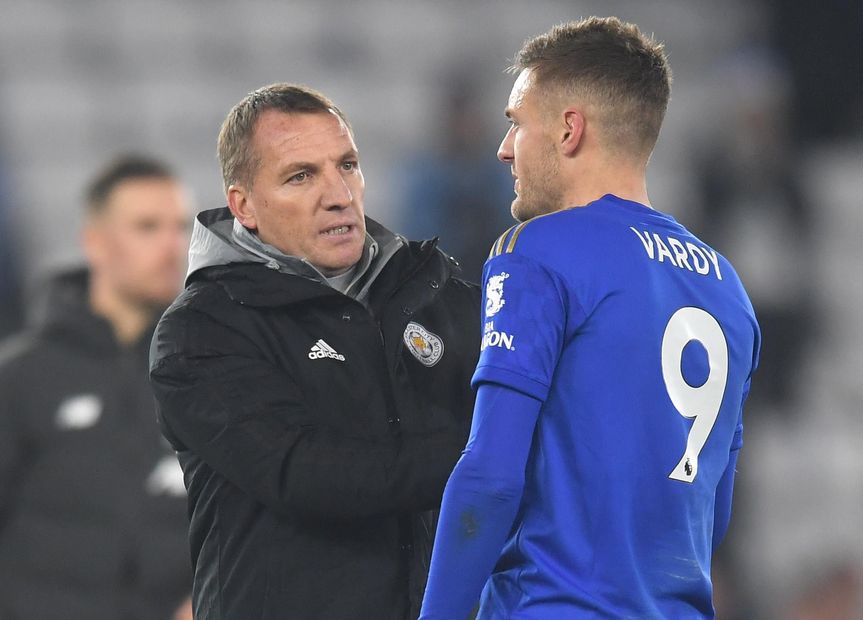 For the eighth successive Gameweek Jamie Vardy (£10.1m) was the most popular captain in Fantasy Premier League but more than 1.2million FPL managers will be looking to their vice-captains after the Leicester City forward was absent from the matchday squad for the trip to West Ham United.

Vardy did not travel to London because his wife gave birth to a daughter on Saturday, his manager Brendan Rodgers explained.

Kevin De Bruyne (£10.5m) was the second most-picked captain ahead of Sheffield United's visit to Manchester City on Sunday, and delivered with a goal, an assist and 14 points.

Mohamed Salah (£12.3m) completed the top three of most-selected captains. The Egyptian had 32 points over his previous three matches, but he failed to produce attacking returns in Liverpool's 1-0 win over Wolverhampton Wanderers.

The top 100 managers favoured the same three captains, although Salah was tied with Vardy as the most popular selection.

Following his 24-point haul against the Foxes, Trent Alexander-Arnold (£7.3m) was the most-bought player ahead of the Gameweek 20 deadline, and he continued his fine form with a clean sheet and two bonus points against Wolves.

Jack Grealish (£6.4m) gained 209,000+ new owners after supplying an assist against Norwich City. The Aston Villa midfielder started against Watford but earned only one point in the defeat.

A third double-figure haul of the season for Anthony Martial (£7.8m) prompted more than 200,000 FPL managers to add him to their squads and the Manchester United winger returned with a goal at Burnley.

FPL managers lost patience with Tammy Abraham (£7.8m) after a fourth successive blank prior to the visit to Arsenal.

More than 272,000 managers ditched him, making him the most-sold player ahead of Gameweek 20, but he responded with a goal in Chelsea's 2-1 victory at Emirates Stadium.

Team-mate Mason Mount (£6.4m) was the third most-sold player but he produced an assist on his way to four points in GW20.

The South Korean is suspended until Gameweek 22, when Tottenham Hotspur host Liverpool.