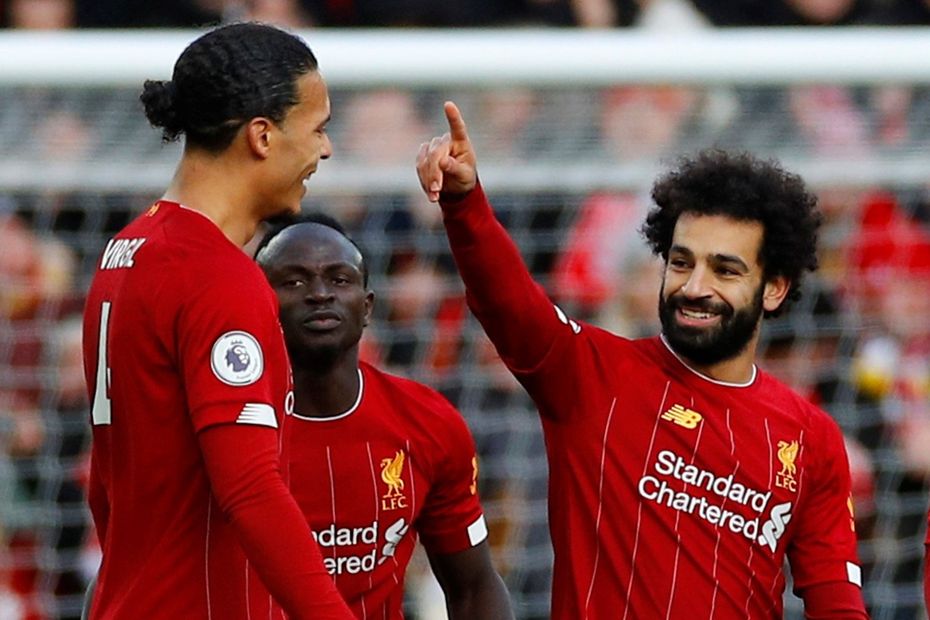 With fixture against West Ham moving to GW24, The Scout says many FPL managers will be looking to get three Reds players

The rescheduling of Liverpool's trip to West Ham United has handed Fantasy Premier League managers the first Double Gameweek of the season.

The fixture at the London Stadium, which was initially due to take place in Gameweek 18, was postponed due to the Reds' participation in the recent FIFA Club World Cup.

It has now been scheduled for Wednesday 29 January, giving both sides a Double Gameweek 24.

Liverpool will have two away matches in Gameweek 24, travelling to Wolverhampton Wanderers before visiting the Hammers.

West Ham, meanwhile, make their way to Leicester City before hosting the Merseysiders.

Interest in Liverpool's key players is bound to escalate for their pair of matches and Jurgen Klopp's side are full of options.

Mohamed Salah (£12.3m) and Sadio Mane (£12.2m) are among the three top-scoring midfielders in FPL and will be big captain contenders.

Trent Alexander-Arnold (£7.3m) is the top-scoring defender in Fantasy, while Andrew Robertson (£7.0m) and Virgil van Dijk (£6.4m) are also among the top six.

Back-to-back matches against the teams currently lying in the top two places in the Premier League are likely to limit West Ham's appeal.

But Lukasz Fabianski (£4.9m) is close to returning from injury and offers save-point potential.

Have a little patience

While managers can benefit from planning ahead and aiming to have three Liverpool players by Gameweek 24, the Reds' schedule could deter many from loading up immediately.

Their next five opponents all sit in the top eight in the Premier League.

Managers could therefore be tempted to use their second Wildcard of the season in Gameweek 24 to target Klopp's big-hitters.

But the second Wildcard looks best saved for later Double Gameweeks, when more teams are likely to be involved.

The use of the Free Hit chip is another possible tactic.

The chip allows managers to bring in players for one Gameweek only, before their squads revert back to their original 15 players.

This would enable managers to look at both Liverpool and West Ham players as one-week investments for Gameweek 24.

However, Liverpool's very favourable run of matches after Gameweek 24 suggests managers should look to retain their players on a longer-term basis.

All five of their matches between Gameweeks 25-29 score only two in the Fixture Difficulty Ratings (FDR).

It may be the Triple Captain chip that is the most effective.

Salah and Mane's potential for points over those two fixtures makes them big targets, and the chip would allow managers to treble either player's score in Gameweek 24.

Managers must decide carefully between these chip options as only one can be activated in any given Gameweek.