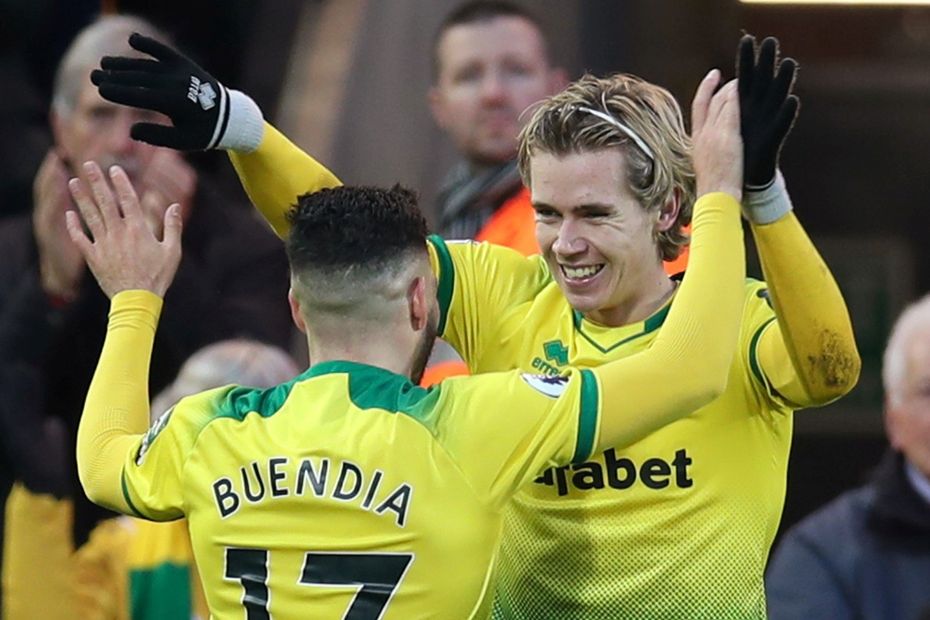 The Norwich City midfielder's third strike in six Gameweeks took his total to 71 points this season.

He has now returned 15.1 points per million in FPL, more than any other midfielder.

Cantwell was one of only two midfielders to produce a double-digit haul over Saturday’s eight matches, along with Miguel Almiron (£5.8m) of Newcastle United.

But many of his 19.9 per cent ownership are set to miss out on his 10-point return.

Cantwell was the fifth most-benched player in the Gameweek, with 571,000+ naming him as a substitute.

Jack Grealish (£6.2m) is another budget-friendly midfielder in strong form.

And he rewarded their faith with the hosts’ only goal in a 3-1 home defeat by Southampton, his seventh attacking return in his last nine starts.

Danny Ings (£6.4m) scored twice at Villa Park to record a 13-point haul, the highest of Gameweek 18 so far.

The Southampton forward has 10 goals in the last 12 Gameweeks, second only to the 14 of Jamie Vardy (£10.1m) in that period.

Vardy was the most-captained player of Gameweek 18 and he continued his incredible run of form.

The Leicester City striker scored the opener in the Foxes' 3-1 loss to Manchester City and was also awarded three bonus points.

Vardy matched the combined total of nine points from Kevin De Bruyne (£10.4m) and Raheem Sterling (£11.8m), who supplied an assist apiece for the hosts.

At the back, Burnley and Sheffield United again proved to be reliable sources of defensive points by claiming their seventh clean sheets of the campaign.

The Blades' Dean Henderson (£4.8m) became only the second goalkeeper to provide an assist this season, his long pass leading to the only goal by Oliver McBurnie (£5.7m) in the win over Brighton & Hove Albion.

Henderson is the top-scoring goalkeeper in FPL after his 12-point haul at the Amex Stadium.