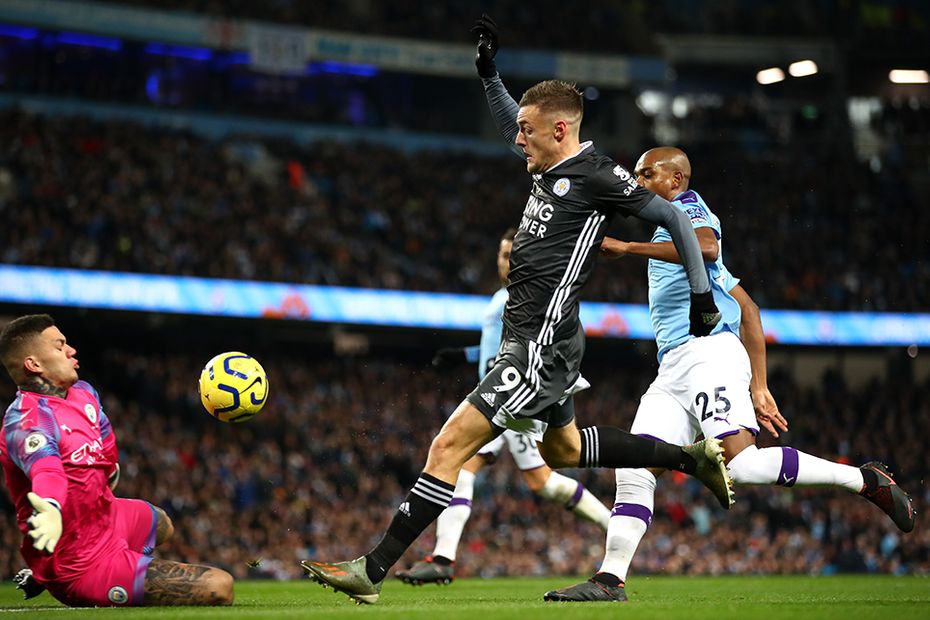 More than one million gave the armband to Leicester City striker, who has yet to blank when made the most-popular captaincy choice

GW18 bonus points: Foster keeps Man Utd at bay
FPL Podcast Ep 20: How to give your rivals a Christmas stuffing
FPL FYI: Do Spurs or Chelsea have the better assets?

A trip to Manchester City did not put Fantasy Premier League managers off captaining Jamie Vardy (£10.1m), and he rewarded them with a goal and three bonus points.

For the sixth successive Gameweek the Leicester City striker was the most-captained player, and despite suffering a 3-1 defeat at the Etihad Stadium he scored a superb opening goal to claim nine Fantasy points.

More than one million managers gave Vardy the armband for Gameweek 18, and he continued his record of never blanking when selected as top captain.

A meeting with bottom-of-the-table Watford persuaded 805,000+ to select Marcus Rashford (£9.1m) for the captaincy, but the Manchester United forward was unable to add to his five goals and two assists from his previous six matches.

Kevin De Bruyne (£10.3m) completed the top three, providing an assist on his way to four points in GW18.

There was a split vote among the top 100 FPL managers with 15 different players chosen.

Rashford was the most popular as Vardy missed out on the top three.

Son Heung-min (£10.1m) was backed ahead of Vardy for Tottenham Hotspur's match against Chelsea, but the South Korean saw red and will be out until Gameweek 22.

De Bruyne was among the most transferred-out players last week, but FPL managers were quick to rectify their mistake.

He was this week's most transferred in, with 442,000+ new owners after his Gameweek 17 heroics, and his new managers would have been pleased after he gained more attacking returns.

But the 289,000 who brought in Rashford, making him the second-most bought player for Gameweek 18, were frustrated as he claimed only two points.

A penalty miss for Jack Grealish (£6.2m) against Sheffield United did not hit his popularity. More than 270,000 transferred in the Aston Villa midfielder for a home meeting with Southampton, and he scored a brilliant goal on his way to eight points in the Villans' 3-1 defeat.

There was no danger of this week's most-sold player punishing those who got rid of him.

Sadio Mane (£12.2m) was without a fixture as Liverpool won the FIFA Club World Cup final.

Chelsea players Mason Mount (£6.5m) and Tammy Abraham (£7.9m) were sold by a combined 385,000+ managers after a disappointing home defeat by AFC Bournemouth.

At Spurs on Sunday, both players could not claim attacking returns, with Mount scoring three points to Abraham's two.