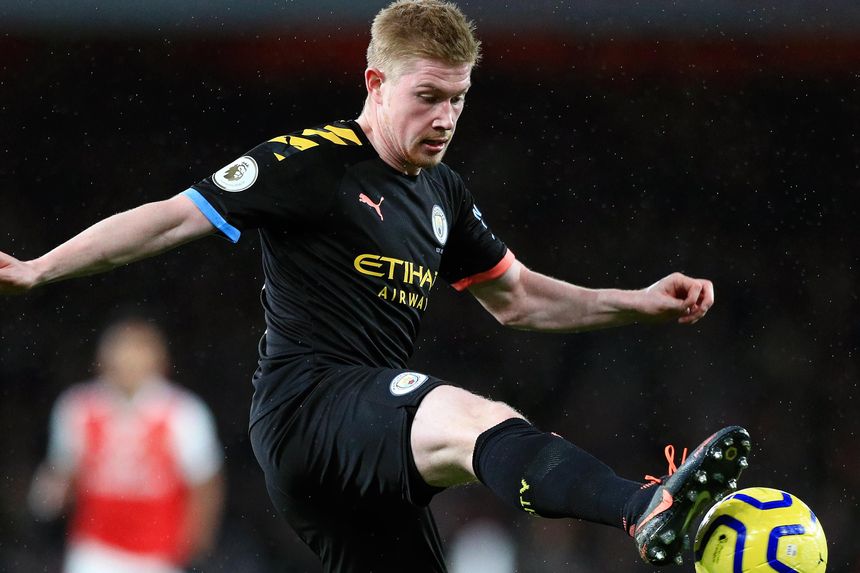 De Bruyne had struggled for form ahead of Manchester City's trip to Arsenal.

Playing as a central midfielder, he had only two goals and an assist in his previous eight appearances.

Indeed, he was the second most-sold player for Gameweek 17, earning 264,000+ transfers out.

But a new role as a No 10 proved decisive at Emirates Stadium.

The 28-year-old scored twice and supplied an assist for Raheem Sterling's (£11.8m) goal in the 3-0 victory.

The Belgian is now the top-scoring FPL midfielder on the back of his 19-point haul.

And that has re-ignited interest in De Bruyne for City's home meeting with Leicester City.

Changing of the guard?

Salah was owned by half the number of managers as his team-mate Sadio Mane (£12.3m) for Liverpool's home match against Watford.

He sat in 21 per cent of squads compared with Mane's 42 per cent.

But a move up front for the Egyptian could make many managers reconsider.

Playing as a centre-forward, Salah scored both the Reds' goals in the 2-0 win. He produced seven shots, more than any other player in the Gameweek.

However, any plans to bring in the Egyptian should be temporarily put on hold.

Liverpool have a blank Gameweek 18 due to their participation in the FIFA Club World Cup.

Nonetheless, interest in Salah is bound to escalate when they return to domestic action against Leicester in Gameweek 19.

His 16 points against Watford means Salah has now averaged 7.4 points per match, more than any other midfielder in FPL.

Holly Shand (@FFCommunity_): I had been eyeing up a move from De Bruyne to a Tottenham Hotspur midfielder but I'm compelled to keep him after his Gameweek 17 performance against Arsenal! Hopefully, Pep Guardiola will use him further upfield more often.

Ben Crabtree (@FC_CrabDogg): There are a lot of good midfield options and at this price De Bruyne is right at the top and good enough to keep all season. Mid-price options like James Maddison (£7.8m) and Richarlison (£7.8m) offer good points but are more likely to be needed for form spells only.

Ben McNair (@drbenmcnair): Mane's performance and results have been better than Salah's all calendar year, so I think it's hasty, or nostalgic, to lurch to the conclusion Salah is now the better asset based on a couple of weeks. Liverpool play a run of decent defences over the next several Gameweeks. I think there's a case for going without a Liverpool attacker for a few weeks and spending the budget elsewhere. De Bruyne looks good value but once the UEFA Champions League action returns I can see Guardiola starting to rest De Bruyne and Sterling in the league should Liverpool maintain a healthy lead in the title race.