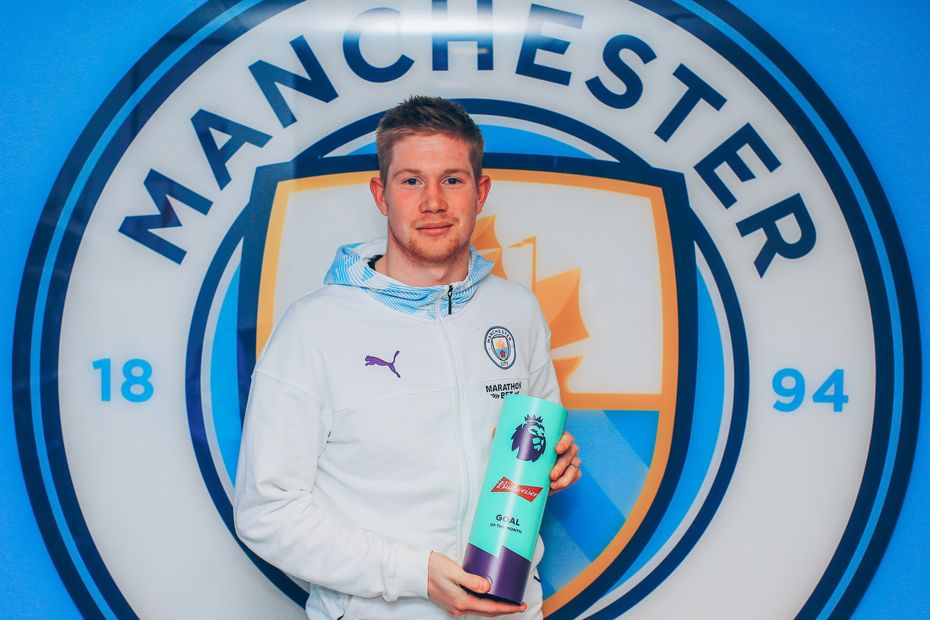 Kevin De Bruyne's strike for Manchester City at Newcastle United has been voted the Budweiser Goal of the Month for November.

De Bruyne controlled a high ball with his chest and unleashed an unstoppable half-volley that crashed in off the underside of Martin Dubravka's crossbar.

The Belgian's effort was chosen as the winner by a panel of experts combined with a public vote, beating six other November contenders.