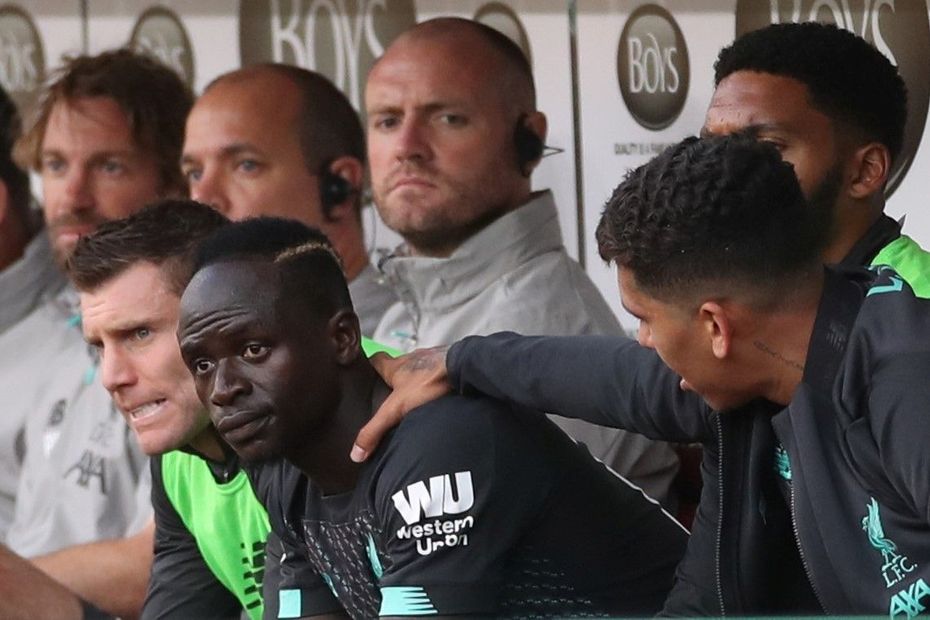 Owners of Liverpool’s big-hitters in Fantasy Premier League have been hampered by rotation in Gameweeks 15 and 16.

The league leaders are playing 10 fixtures in all competitions between November 30 and January 4.

As a result, head coach Jurgen Klopp made five changes to his line-up for Wednesday's 5-2 win over Everton.

But it was a frustrating evening for owners of Mohamed Salah (£12.2m), who was an unused substitute.

Three days later the pair’s fortunes were reversed as Klopp made seven alterations for the trip to AFC Bournemouth.

Salah returned to the line-up with a goal and an assist in the 3-0 win, earning 13 points, his first double-figure haul since Gameweek 3.

But Mane dropped to the bench, failing to feature for the first time this season.

Owners of Trent Alexander-Arnold (£7.3m) were also left frustrated after he replaced the injured Dejan Lovren (£5.3m) on 40 minutes.

This meant Alexander-Arnold fell short of the 60 minutes required to earn a clean sheet. He picked up a single point as the Reds claimed their first shutout since Gameweek 7.

Liverpool host Watford in Gameweek 17 and Mane and Salah will be among the big captaincy favourites.

However, the Reds are without a fixture in Gameweek 18 as they take part in the FIFA Club World Cup.

Liverpool play two matches in this tournament, on December 18 and 21. They return to domestic action against Leicester City in Gameweek 19 on December 26.

The recent rotation, combined with their Gameweek 18 blank, may persuade some owners of Mane, Salah or Alexander-Arnold to seek out alternatives.

Those looking to hold, however, must ensure they have players who are very likely starters to come off the bench as replacements.

Keep or sell? What the experts say

Holly Shand (@FFCommunity_): I've been making transfers in the last few weeks to strengthen my bench in anticipation of this. I have Todd Cantwell (£4.7m) and Martin Kelly (£4.3m) to come in for Mane and Alexander-Arnold. Their recent rests won't put me off holding them. Keep

Tom (@WGTA_FPL): I'm hoping to take advantage of the decent bunch of cheaper players like Diego Rico (£4.3m) and Kelly so I can bench Alexander-Arnold and Mane during the blank Gameweek. I'll want them back later as their relentless surge toward the title continues. Keep

Ash (@FPLHints): Rotation with Liverpool's assets was inevitable given their busy schedule. I don't think we should panic and start selling them. I'm hoping the bulk of rotation has now taken place ahead of their FIFA World Cup games. Keep

Lee Bonfield (@FPLFamily): The art of FPL over Christmas is making sure you use your whole 15 to good effect. Don't spend your transfers moving out Liverpool players because of the blank. Instead, ditch the rotation risks, strengthen your bench and ride it out. In Gameweek 17 in particular, you'll definitely want those Liverpool players for Watford at home. Keep

Sam Bonfield (@FPLFamily): Having held my original Wildcard for this Liverpool blank in Gameweek 18, I'm now looking to transfer Mane out at the end of Gameweek 17. I'll then bring him back in again with the Wildcard for Gameweek 19. I'll hold Alexander-Arnold as I have more value to lose in him.

If you don't stand to damage your team value then losing a Liverpool player ahead of the blank seems wise, especially given the risk of rotation at other clubs. This is the time when a playing bench is really important, so having a couple of spots taken up by players who definitely won't play is too much of a risk. Sell