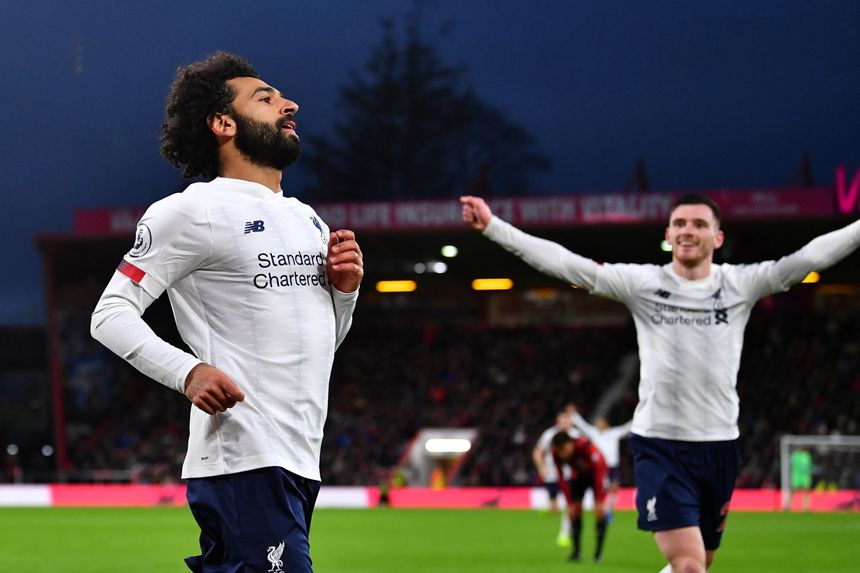 Gameweek 16 was a contrasting one for Liverpool midfielders Mohamed Salah (£12.2m) and Sadio Mane (£12.3m).

After being benched for the midweek win over Everton, Salah returned to the starting XI with a goal and an assist at AFC Bournemouth.

Many managers have swapped the 21.3 per-cent owned Salah for Mane in recent weeks, but it was not a happy Saturday for the latter.

Mane’s 42.8 per cent owners were left frustrated after he was among seven players rotated by Jurgen Klopp at Vitality Stadium.

Naby Keita (£5.8m) was one who came in and he equalled Salah’s goal and assist to record 14 points.

Trent Alexander-Arnold (£7.3m) came off the bench in the first half after an injury to Dejan Lovren (£5.3m), but he played only 50 minutes and missed out on clean-sheet points with Andrew Robertson (£7.1m) outscoring him by six points to one.

Rashford up to second

They scored a goal apiece in a 2-1 derby win at Manchester City.

Rashford has climbed to second among FPL forwards on 101 points, trailing only Jamie Vardy (£10.0m) who visits Aston Villa today.

The Man Utd man is the most-bought player for Gameweek 17, earning over 89,000 new owners ahead of meetings with Everton, Watford, Newcastle United and Burnley.

Dominic Calvert-Lewin (£5.7m) was another forward to catch the eye on Saturday.

He scored twice as Everton recorded a 3-1 win over Chelsea in their first match under caretaker manager Duncan Ferguson.

But it is Tottenham Hotspur frontman Harry Kane (£10.9m) who is currently the top-scoring player ahead of Sunday's four matches.

He scored twice and provided an assist in a 5-0 home win over Burnley.

Kane’s 16 points are his highest of the season and his first double-digit return since Gameweek 1.

Son combined an outstanding individual goal with an assist against the Clarets, while Alli set up two goals.

They have 37 and 38 points respectively in their four matches since the Portuguese was appointed head coach.

Jan Vertonghen (£5.2m) impressed in defence for Spurs, with an assist and clean sheet earning him 11 points.

Crystal Palace claimed a third successive clean sheet thanks to a goalless draw at bottom-club Watford.

Goalkeeper Vicente Guaita (£5.0m) has been their standout player, producing 26 points in that run of matches.

Their run of opponents points to more clean sheets for Roy Hodgson’s men.

According to the Fixture Difficulty Ratings (FDR), four of Palace’s next five matches score just two.