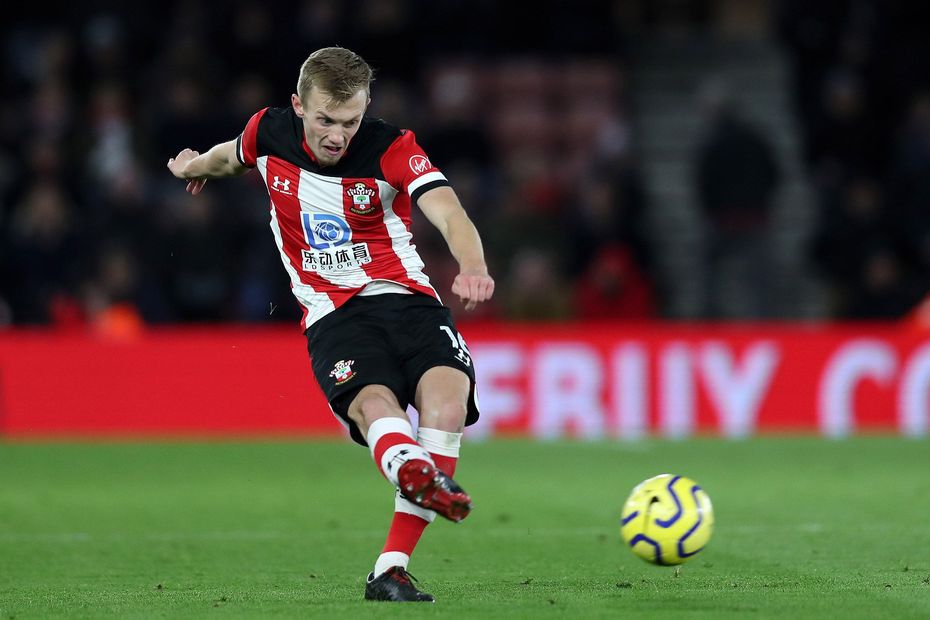 Southampton midfielder among The Scout's four Differentials for Gameweek 15 ahead of Tuesday's 18:30 GMT deadline

GW15 Ones to watch: Zaha to extend run

The Southampton midfielder has scored against Manchester City, Arsenal and Watford in that period, totalling 25 FPL points.

Yet he is owned by just over 1.0 per cent of squads for a home encounter with Norwich City.

Ward-Prowse is among The Scout's four Differentials ahead of Tuesday's 18:30 GMT deadline.

His total of six shots on target over the last four Gameweeks is second only to the seven of Sadio Mane (£12.2m) among FPL midfielders.

Ward-Prowse's creativity can also be a big influence at home against Norwich on Wednesday evening.

The 25-year-old has supplied 20 key passes, more than any team-mate.

Jose Mourinho's decision to bench the winger against AFC Bournemouth was perhaps with one eye on the midweek trip to Manchester United.

He has started well under Spurs' new head coach, producing a goal and an assist over his two starts in all competitions.

He could again be decisive against a Red Devils defence that is without a clean sheet in the last nine Gameweeks.

The winger has been a key figure in Wolverhampton Wanderers' recent matches.

A home encounter with West Ham United hands him the chance to continue that run of returns.

The Hammers have conceded nine goals and 33 shots on target over the last four Gameweeks. Both those totals are more than any other side.

The Sheffield United frontman has stepped up his goal threat ahead of a visit from Newcastle United.

McGoldrick's seven shots on target over the last four Gameweeks rank third among all players in FPL.

And at home, his eight shots on target is a team-leading total for the Blades, compared with the two of his fellow forward Lys Mousset (£5.1m).

That suggests McGoldrick will pose big problems for the Magpies, who have conceded 16 away goals, more than any other side.