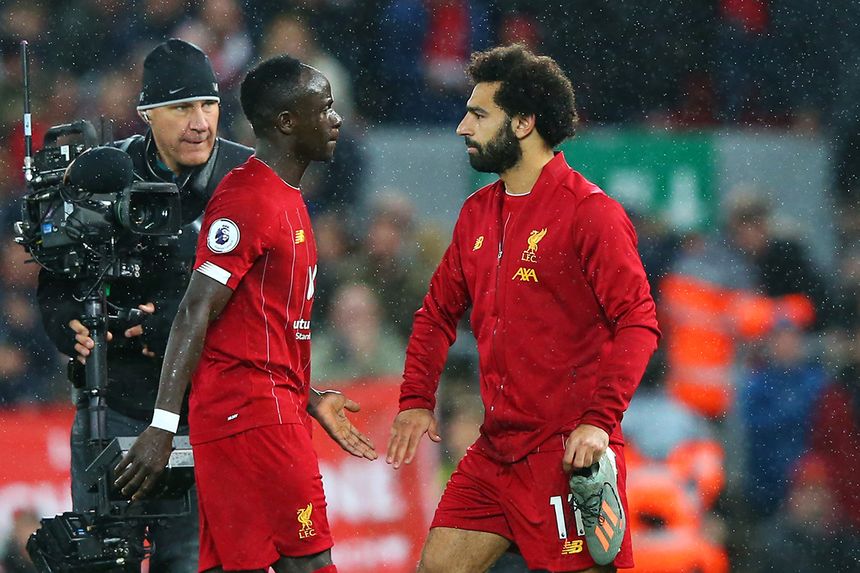 GW14 Ones to watch: Andrew Robertson

Gini Wijnaldum: We're pleased with response but know we can do better External Link
The Scout's essential FPL tips for Gameweek 14

The Leicester City striker welcomes Everton to King Power Stadium on the back of seven goals and three assists in the last five Gameweeks.

That output has earned Vardy over 235,000 transfers in, more than any other player in the Gameweek.

The Foxes’ forward has averaged 8.7 points per match (ppm) at home this season.

Liverpool wingers Sadio Mane and Mohamed Salah (both £12.2m) could be his main challengers.

Mane has been the Reds’ form attacker ahead of their home meeting with Brighton & Hove Albion, having found the net in each of the last three Gameweeks.

Interestingly, he has scored 22 of his last 30 Premier League goals at Anfield.

When named in the starting XI, Mane has averaged 8.4ppm at home this term.

Having recovered from an ankle problem, Salah returned to action in the UEFA Champions League in midweek.

At home, his total of 13 shots on target is more than any other player in FPL.

The Blues’ winger has scored all five of his goals for the season in the last four Gameweeks.

He was also on the scoresheet in their midweek UEFA Champions League trip to Valencia.

Pulisic looks set to boast the main goal threat for Frank Lampard’s side, with Tammy Abraham (£8.0m) a big doubt after sustaining a hip problem on Wednesday evening.

Holly Shand (@FFCommunity_): It’s another tough call between Vardy and Mane. Vardy didn’t have a game in midweek, has the better form and is on penalties too, so he gets the nod.

Tom (@WGTA_FPL): Both Vardy and Mane are in form but Vardy edges it as he is on penalties.

Sam Bonfield (@FPLFamily): For the last two Gameweeks, Vardy has been an excellent captain for me and, in a nice fixture against an Everton side who are struggling all over the pitch, he seems certain to return.

Neal Thurman (@nealjthurman): I’m all-in on high-scoring Tottenham Hotspur and Harry Kane (£10.8m) has my vote at home against AFC Bournemouth. If I were really throwing caution to the wind, I’d go for Teemu Pukki (£6.6m) against an Arsenal defence who have been very vulnerable on the road.

Ben McNair (@drbenmcnair): I’m tempted to just keep plugging away with Raheem Sterling (£12.0m). With Sergio Aguero (£11.9m) injured, he looks very likely to start against a Newcastle United side whose performances have been awful, despite some unlikely results. Vardy looks a good option too but, if Everton sit deep at the King Power Stadium, it may be the Leicester midfielders who are more likely to score.