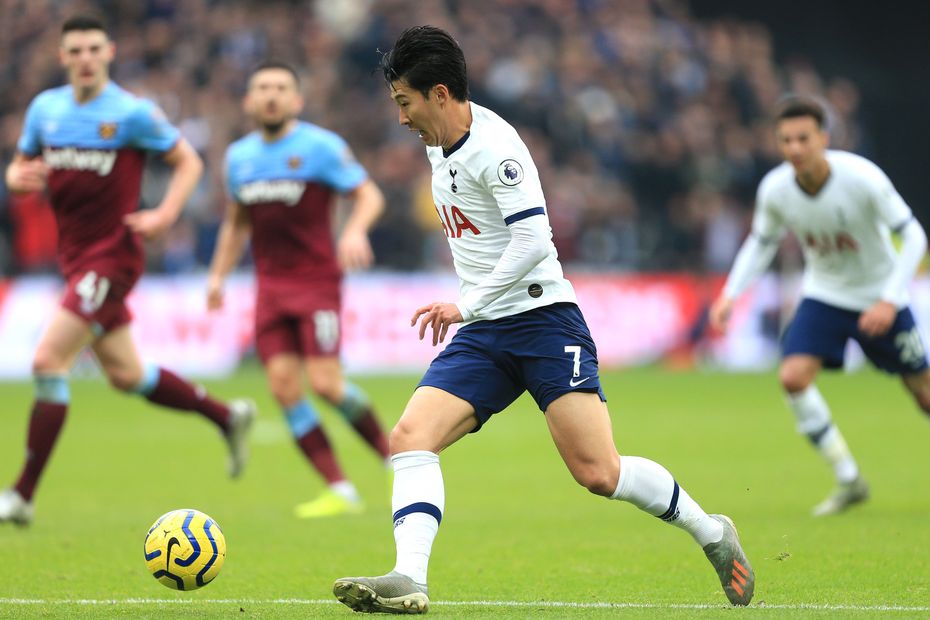 19 in 2019 for Sonny External Link
'Dele Alli can be a top player for Mourinho'
GW13 review: Tarkowski top-scores again

Managers in Fantasy Premier League have been quick to react to Son Heung-min's (£9.7m) Gameweek 13 performance.

Son was the top FPL performer in Jose Mourinho's first match as Tottenham Hotspur head coach. He scored the opener and got an assist in a 3-2 win over West Ham United.

Son's 13 point-haul has made him the most-bought player in the Gameweek. The midfielder has earned more than 130,000 new owners ahead of a Gameweek 14 home encounter with AFC Bournemouth.

It also continued a series of consistent displays, with the South Korean producing attacking returns in each of the last four Gameweeks.

Mourinho's immediate impact at Spurs suggests it is not only Son who can benefit.

The north Londoners had lacked a cutting edge prior to his arrival, scoring just four goals in their final five Gameweeks under Mauricio Pochettino.

But Harry Kane (£10.8m) returned to form on Saturday, scoring for only the second match since Gameweek 7.

And Lucas Moura (£7.0m) benefited from a recall to the starting XI.

The Brazilian netted the second goal against West Ham to claim his first attacking returns since Gameweek 2.

At the back, the attacking potential of Serge Aurier (£4.8m) was again in evidence. The Ivorian supplied his third assist of the campaign to return six points.

Good time to bring in

Saturday's win was Spurs' first away from home since January, and that can buoy their players ahead of favourable run of opponents.

According to the Fixture Difficulty Ratings (FDR), five of their next eight matches score only two.

That points to more success for Mourinho’s key players over the festive period.

Holly Shand (@FFCommunity_): Spurs have certainly had the "new manager bounce" so far, but I need to see more than one good performance before investing. Son looks the most appealing, but Dele Alli (£8.4m) could emerge as a great differential!

Sam Bonfield (@FPLFamily): What a change in Spurs for those first 60 minutes on Saturday. Off the back of his performance it’s no surprise that Son is being transferred in. However, Alli looked back to his old self playing in that No 10 role that's so pivotal in a Mourinho side. He looked energetic and was in all the right positions. He was unlucky not to have more than his one assist and is on my radar.

Lee Bonfield (@FPLFamily): Whoa there, FPL managers! Spurs were improved for sure, but the Hammers didn't put up much of a fight. Kane, Alli and Son all come with hefty FPL price tags, so if investing means a big points hit, I'd urge caution and wait for Mourinho's men to pass some tougher tests over the next few weeks.

Chuck Booth (@ChuckBoothSport): I already have Kane in my team so I'm hesitant to add a second Spurs attacker, but with Son in a financial no man's land, Lucas and Paulo Gazzaniga (£4.5m) are my players to watch. Lucas looks likely to get a proper run under Mourinho while Gazzaniga should benefit from an improved defence.

Ben McNair (@drbenmcnair): I'd like to wait and see how things pan out. A win over West Ham isn't the greatest achievement at the moment. Son is the one I'm most interested in. He's such a good finisher with both feet. First I'd like to see whether he's shackled with extra defensive duties under Mourinho when protecting a lead.