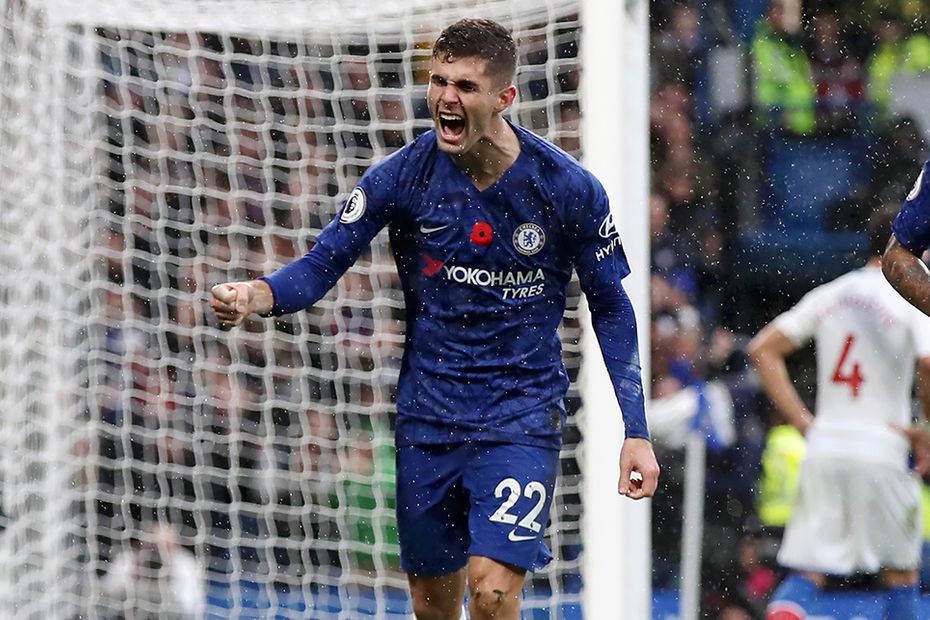 The prolific form of Christian Pulisic (£7.4m) in Fantasy Premier League looks set to continue after the Chelsea midfielder was passed fit to face Manchester City.

Head coach Frank Lampard has confirmed the 21-year-old has overcome the hip problem that kept him out of the recent internationals for United States.

Pulisic heads to the Etihad Stadium having scored all five of his goals for the season in the last three Gameweeks.

That output has caught the eye of FPL managers, with more than 132,000 transferring in Pulisic ahead of Saturday's 11:30 GMT deadline.

Although he has only recently secured a regular role, the midfielder has been one of the most consistent players for the Blues in 2019/20.

He has produced attacking returns in five of his six Gameweek starts in his debut FPL campaign.

Indeed, when named in the Chelsea first XI, Pulisic has averaged 8.2 points per appearance.

He will look to take advantage of a defence that has managed only a single clean sheet in Man City's last five home fixtures in all competitions.

Chelsea's upcoming schedule only adds to the appeal of Pulisic.

The Blues have a run of three home matches in four Gameweeks after this weekend, all of which score only two in the Fixture Difficulty Ratings (FDR).

That marks Pulisic out as a big source of points over the upcoming period and is set to further raise his growing ownership of 11.8 per cent in FPL.