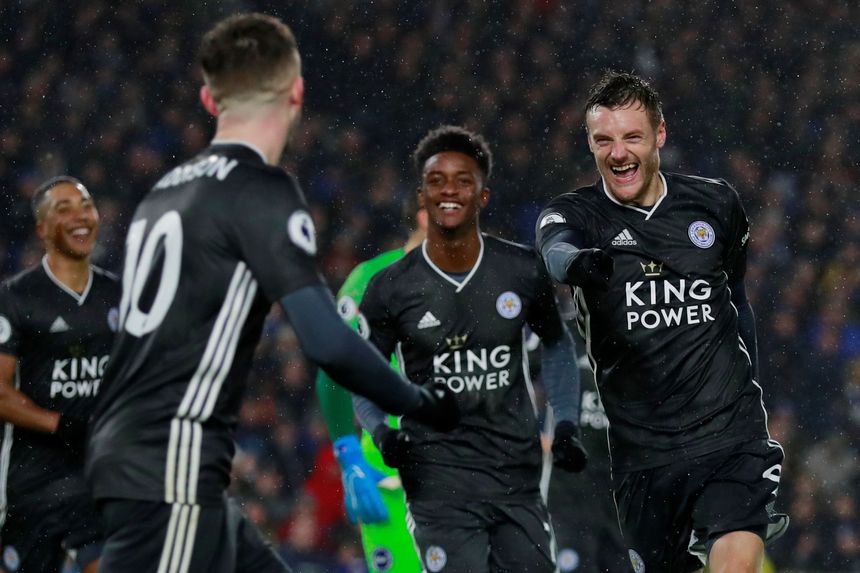 Five On The Bounce For Gritty City External Link

Leading Fantasy Premier League points scorer Jamie Vardy (£9.6m) justified his position as the most popular captain and the most transferred-in player in Gameweek 13 with a big return.

More than 1.2million managers trusted the in-form Leicester City forward with the armband at Brighton & Hove Albion after eight goals in his last six appearances and he rewarded them with a goal and an assist for 12 points in the 2-0 win.

Sadio Mane (£12.1m) was the second most-popular choice for Liverpool's trip to Crystal Palace and the Senegalese produced a goal in the 2-1 victory to earn nine points.

For once, the top 100 FPL managers were in complete agreement with the six million others and the same three players are favoured for the captaincy.

Pierre-Emerick Aubameyang (£11.0m) was the third most-popular armband selection this Gameweek but could not add to his eight goals this season as Arsenal lost to Southampton.

Leicester's impressive form this season meant two of their players are the most popular transfers in this Gameweek.

Four of Leicester's next five fixtures are rated at just two in the Fixture Difficulty Ratings.

Teemu Pukki (£6.7m) again was in the top three of most transferred-out players. Over 351,000 parted company with the Norwich City striker, who provided his first return since Gameweek 5 with an assist in the 2-0 win at Everton.

Fitness concerns over Mohamed Salah (£12.3m) and Ederson (£6.0m) contributed to that pair being the second and third most transferred-out players this Gameweek. Ederson started for Man City while Salah remained an unused substitute.