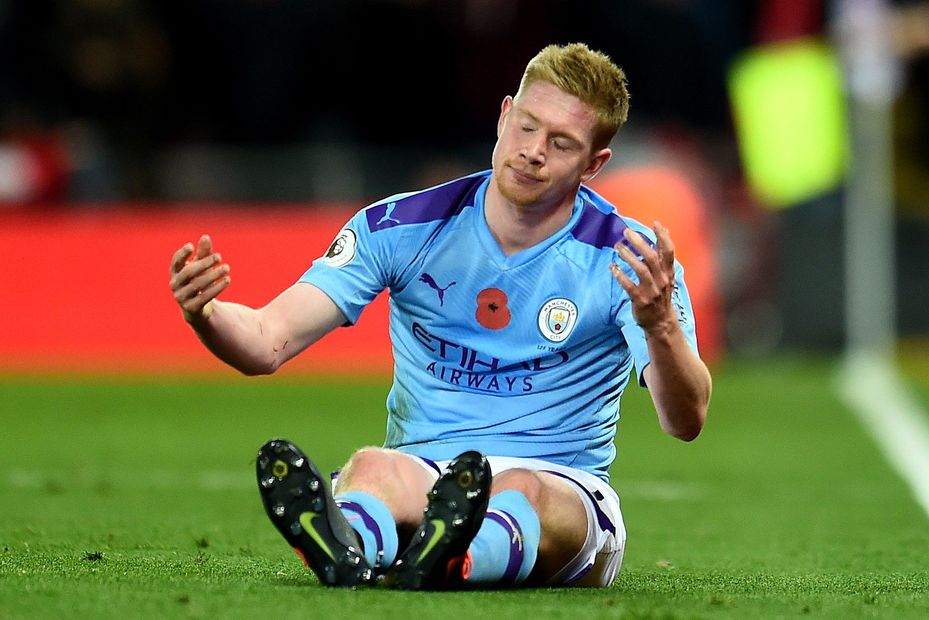 Raheem Sterling (£12.0m), Kevin De Bruyne (£10.2m) and Sergio Aguero (£12.0m) have struggled to maintain the output that made them popular picks at the start of the season.

Sterling scored five goals in his first three matches but has since provided only two goals and one assist in the last nine Gameweeks.

De Bruyne had two goals and nine assists after the first seven Gameweeks. However, the Belgian has managed only a single assist from Gameweek 8 onwards.

And Aguero has one goal and one assist in the last six Gameweeks, compared with eight goals and two assists in the first six.

Frustrations at the back

Meanwhile, at the other end of the pitch, injuries to key players have lessened Man City's potential for clean sheets.

Goalkeeper Ederson (£6.1m) was ruled out of the trip to Anfield, joining Aymeric Laporte (£6.3m) on the sidelines.

Pep Guardiola's rotation at the back has also caused issues for FPL managers.

Apart from Kyle Walker (£5.9m), who has started 10 Gameweeks, no other Man City defender has managed more than seven starts.

City's lack of form comes at a time when they are set to embark on a tough run of matches.

According to the Fixture Difficulty Ratings (FDR), six of their next seven contests score at least three.

That is in stark contrast to the schedules of the top two sides in the Premier League.

Four of Liverpool's next five matches score two in the FDR, as do all five of Leicester City's.

Managers must now decide whether to be patient with their Man City options or look to the top two for alternatives.

Holly Shand (@FFCommunity_): I feel over-invested in Man City with Sterling and De Bruyne. Certainly one will be going before Gameweek 13 as I look to triple up on Liverpool and Leicester assets. Sell.

Ash (@FPLHints): It's clear Man City's defence has been severely weakened by their recent spate of injuries and their hard run of games won't help. Aguero being a rotation risk is problematic too. As for Sterling, I expect him to come good again as pressure mounts on Guardiola to get back to winning ways. Stick.

Neal Thurman (@nealjthurman): City seem to have taken a half-step back to being merely very good. But you're still going to want a couple of their attackers from the De Bruyne, David Silva (£7.6m) and Bernardo Silva (£7.9m) group. Stick.

Ben McNair (@drbenmcnair): Man City just played their toughest fixture so let's not overreact. On the metrics they are still far and away the most threatening attack in the league. I have kept Sterling and De Bruyne, which hurt me this week, but I think it will pay off in the coming weeks. Stick.

Chuck Booth (@ChuckBoothSport): I’ve been working on shedding Man City assets. De Bruyne may be the only one worth holding if you got him into your team at his starting price of £9.5m. In addition to the rotation issue their flat performances, highlighted by uncharacteristically bad finishing from Aguero, have left a bad taste in my mouth. Triple Liverpool and a single City player seems like the way to go. Sell.