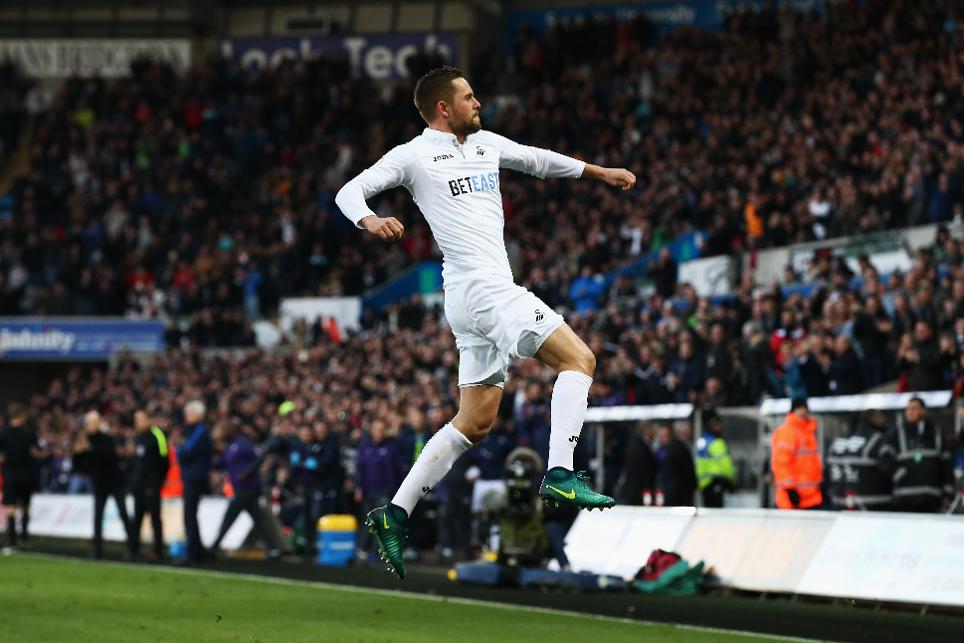 Introduced from the bench on 66 minutes, the Spaniard's contribution helped him to a Bonus Points System (BPS) score of 64.

Prior to Llorente's arrival, Leroy Fer (£5.0m) had already scored twice to hand Swansea a 3-1 lead, giving him a tally of 45 BPS to collect two bonus points.

With a BPS total of 43, thanks largely to his goal and assist, Christian Benteke (£7.5m) earned the final bonus point on offer, having also provided three key passes.

Despite being on the field for only 25 minutes, Llorente was awarded an ICT Index score of 19.0, the third-highest in Gameweek 13.

A Threat tally of 105 was made up of four shots, all from inside the box, while he also registered six touches in the opposition penalty area.

Benteke recorded the highest Index score for the visitors, with 14.2. He shone for both Creativity and Threat, recording two goal attempts and eight touches inside the box.

Gylfi Sigurdsson (£7.3m), who continued his strong form with another goal and assist, finished with an Index score of 13.3.

Only Manchester City's Sergio Aguero (£13.1m) could match his seven attempts in Gameweek 13, although only two of Sigurdsson's efforts were from inside the box, leading to a Threat score of 48.

While Llorente stole the headlines in a pulsating match, the forward still faces a challenge to cement a start in Bob Bradley’s XI for the Gameweek 14 trip to Tottenham Hotspur.

Swansea named an unchanged side for the first time on Saturday, but may favour using Sigurdsson as a 'false nine' for the trip to White Hart Lane.

The Iceland international has now registered three goals and two assists in the last six Gameweeks.

Only Liverpool's Philippe Coutinho (£8.7m), with 49, has recorded more goal attempts than the Swansea man's 43, and the Liverpool midfielder's injury sustained against Sunderland has already helped Sigurdsson's ownership grow.

He has earned more than 41,000 new owners as FPL managers fear a lengthy lay-off for the 43%-owned Coutinho.

With 11.6 points-per-million, only Watford's Etienne Capoue (£5.0m) has offered stronger value among FPL midfielders in 2016/17.

Fer and Sigurdsson can both benefit from an exceptionally kind run of fixtures.

Following the Spurs test in Gameweek 14, Bradley's side face no opponents who record more than two in the Fixture Difficulty Rankings over the following six Gameweeks.

For Palace, Benteke's strike took him to five goals for the season - all of which have come away from home.

Trips to Hull City and Watford in the next five Gameweeks will give the Belgian the opportunity to boost that tally further.

But with home meetings against Manchester United and Chelsea also to come Benteke seems unlikely to gain much traction as a third striker option.

Wilfried Zaha's (£5.4m) appeal as an asset for our five-man midfields is building, though.

The winger produced a goal and assist at the Liberty Stadium and has returned at least an assist in each of the last five rounds of fixtures – more than 26,000 FPL managers have transferred him in since the weekend.