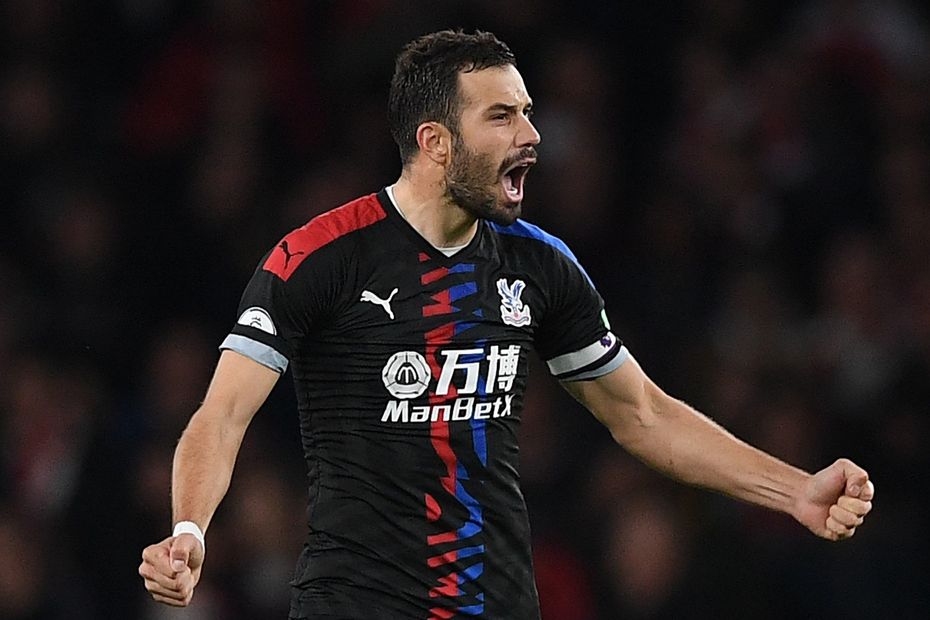 Crystal Palace captain has third-best conversion ratio in Premier League history, scoring with 91 per cent of his spot-kicks

Luka Milivojevic underlined his status as one of the Premier League's best ever penalty takers with his strike in Sunday's 2-2 draw at Arsenal.

The Serb netted his 21st spot-kick from 23 attempts in the competition, giving him a 91 per cent success rate.

That is the third-best ratio of the 12 players to convert 20 or more penalties.

And if he scores with his next two attempts, he will move level with Arsenal great Thierry Henry in second place, with an identical record.

Milivojevic is getting plenty of opportunities from the spot, largely thanks to his team-mate Wilfried Zaha.

The Ivorian won his 16th Premier League penalty at the weekend, the joint-most in the history of the competition alongside Raheem Sterling and Jamie Vardy.

Since returning to the top flight in 2013/14, Palace have both won and scored more penalties than any other side, with 48 and 39 respectively.

The Arsenal goalkeeper's guess was a reasonable one, given his opponent’s favourite area is the bottom left corner, but Milivojevic has shown he can vary his approach.

He has sent the goalkeeper the wrong way with 11 of his 23 penalties.

And, on the 12 occasions when his opponent has guessed correctly, his placement has usually been too good.

Milivojevic has only missed twice, with both failures coming when he shot down the middle.

The tactic paid off the first time he tried it, at Swansea City in December 2017.

But when he opted for the same approach the following week against Manchester City, Ederson saved.

Milivojevic converted his next four penalties, but when he next went down the middle he was again denied, this time by Everton’s Jordan Pickford.

Unsurprisingly, Milivojevic has since gone to either the left or the right with each of his subsequent 12 attempts, scoring with all of them.

If Leicester City goalkeeper Kasper Schmeichel is looking for a pattern in preparation for his visit to Palace on Sunday, he may notice that Milivojevic often targets the same side twice in a row.

There have been five instances of such pairings among the Palace captain’s last 12 penalties, and he has aimed to the right on the last two occasions.

Or maybe the other way to stop his penalties is to have Milivojevic in goal for them. In a recent trick video, Palace had the Serb put on the gloves to face his own spot-kick and managed to parry the ball away.

See: How Milivojevic has taken his Premier League penalties