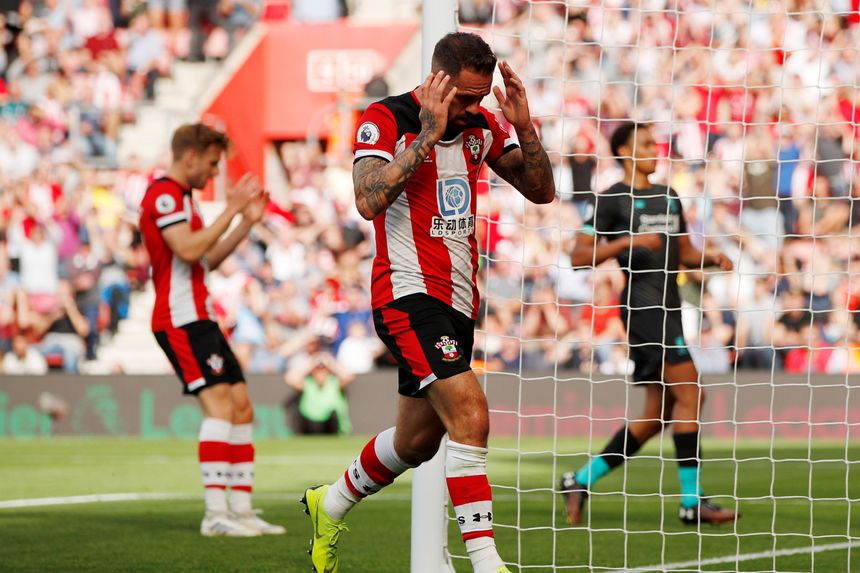 Southampton's ability to create chances this season is not in doubt but a low conversion rate is proving costly.

Only four other Premier League teams have produced more efforts on the opposition goal.

Yet they have scored only one goal in seven of their opening nine fixtures and have not won at St Mary's in six attempts.

Moussa Djenepo (66.7 per cent) and Danny Ings (23.5 per cent) are the only forwards with respectable chance-conversion rates.

Che Adams squandered the most opportunities, missing 0.98 big chances per 90 minutes, before losing his place in the starting XI.

Over the course of the campaign, too many quality chances have been spurned.

Southampton must discover a more clinical edge if they are going to end their winless home run.

Although Hasenhuttl is still searching for the right strategy and formula, using five different formations this season, his side have impressed in bursts.

He has flitted between a back three and a back five but in both formations the full-backs have not contributed consistently enough going forward.

With two attacking midfielders often used narrowly in behind the main striker, there is an onus on the wide men to deliver quality crosses.

But these have been in relatively short supply.

Yan Valery and Kevin Danso were first choice at the start of the season for Hasenhuttl but neither has been productive inside the opposition half.

With Sofiane Boufal, Nathan Redmond and Ings the team's chief creators, the service needs to significantly improve from the flanks.

If it does, Southampton's goal tally will follow suit.

When you consider that three of Saints' nine Premier League goals have stemmed from individual errors made by the opposition, and another coming from the penalty spot, they have had a significant helping hand.

However, statistics show that Hasenhuttl's side deserve more points than they have earned.

According to Opta's Expected Goals (xG) metric, they should have scored five additional goals and conceded on five fewer occasions.

So to climb away from the foot of the table it is essential they show greater efficiency at both ends of the pitch.

The data indicates their performance levels are capable of achieving significantly better results.

To fulfill their undoubted potential as a side, Southampton must show more composure in front of goal.

If they can be more ruthless in their finishing, Leicester's top-four ambitions could temporarily be put on hold.