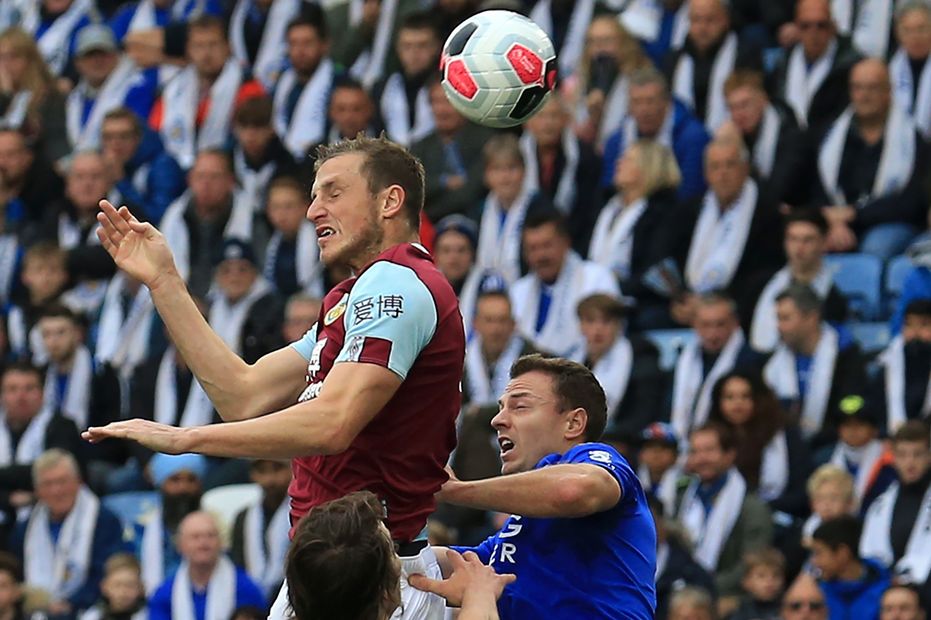 Injured Duo Getting Up To Speed External Link

It's Good To Be Back: Brady External Link
New Nike Hi-Vis Merlin to make its debut

Chris Wood has scored three goals from his first four headed shots this season for Burnley, so Chelsea will know the importance of stopping crosses at Turf Moor this weekend.

The New Zealander's six goals via headers last season were the joint-highest, alongside Aleksandar Mitrovic, of Fulham, and Sadio Mane.

And after nine matches of the current campaign he finds himself top of these Premier League rankings again.

So if Frank Lampard’s side affords Matthew Lowton, Robbie Brady or Dwight McNeil the time to deliver crosses on Saturday, Wood has the aerial ability to make them pay.

It took several weeks for Burnley to find their range when supplying Wood.

He cut a frustrated figure during the first five matches, playing second fiddle to Ashley Barnes, who opened up with four goals in the first three fixtures.

While Wood lacked sharpness, the service into him was also poor.

Aside from a shot well saved in a 1v1 with Rui Patricio at Wolverhampton Wanderers, an opportunity Wood had fashioned himself, the 27-year-old striker barely had a sight of goal in the early weeks.

A fine brace at home to Norwich City in Matchweek 5 gave his season the kick-start it needed.

Since then he has notched excellent headed goals against Aston Villa and Leicester City, and is now Burnley's joint-leading scorer, alongside Barnes, with four goals.

Wood's outstanding goal against the Foxes last weekend arrived courtesy of a McNeil cross. The same player supplied him with a low centre for a classy near-post finish at home to Norwich.

In that match, midfielder Ashley Westwood, a player who likes to pass to Wood on a regular basis, also assisted his team-mate from a left-wing corner.

Lowton is also now on the same wavelength as Wood.

The right-back’s brilliant cross was nodded home by Wood at Villa Park, and last time out it was his gorgeous curling delivery that created Jonny Evans' own goal that was ruled out by VAR for a trip by Wood.

To shackle the forward for 90 minutes, Chelsea’s full-backs must close down any home player who is looking to cross the ball into the penalty area.

Double trouble for the Blues?

But they have shown fragility from crosses, conceding three times from corners and free-kicks.

They have also leaked three more goals from wide deliveries in open play.

If, as expected, Barnes returns from injury to start alongside Wood in the Burnley attack, Lampard's men will know they need to show outstanding resilience in the air.

Sooner or later Barnes and Wood will find their groove in the same match, and that will spell trouble any opponents, including Chelsea.