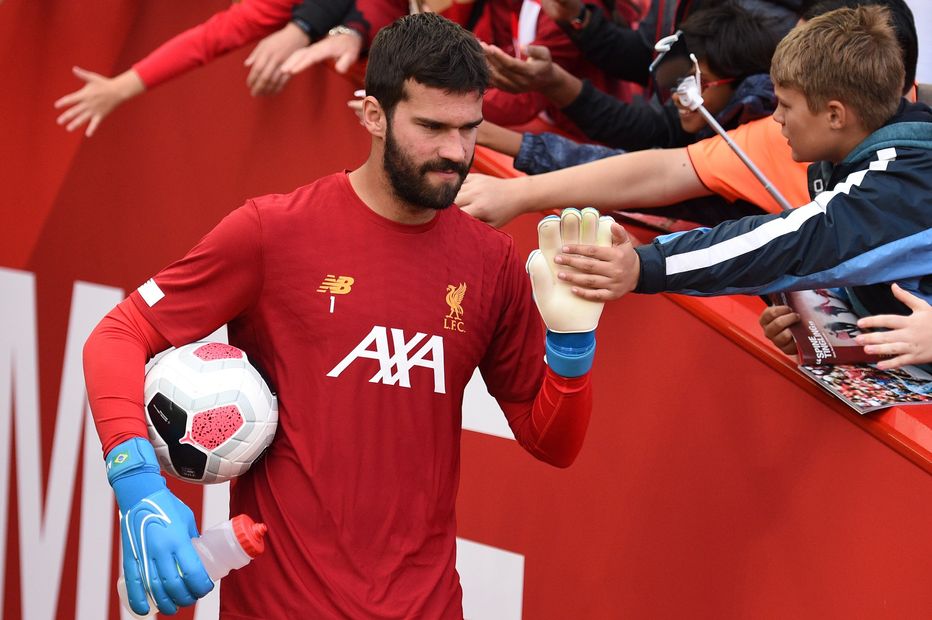 The Reds goalkeeper last featured in Gameweek 1 against Norwich City before he was forced off with a calf injury.

But he has returned to training and will be assessed for their trip to Manchester United on Sunday afternoon.

Watch Alisson back in training

The Spaniard has saved 70.6 per cent of the shots he has faced. That places him joint-ninth among goalkeepers with two or more appearances.

And it fares poorly when compared with Alisson’s numbers from 2018/19.

The Brazilian saved 79.2 per cent of the shots he faced, more than any other regular goalkeeper in FPL.

As a result, Liverpool claimed a league-leading 21 clean sheets and conceded 22 goals, fewer than any other side.

Alisson's absence has made a major impact on the plans of FPL managers.

He is the most-sold player in the game, with over 1.47m transfers out.

But a fit-again Alisson could force a reassessment of Liverpool's backline, raising the prospect of doubling up on their defence as a favoured tactic.