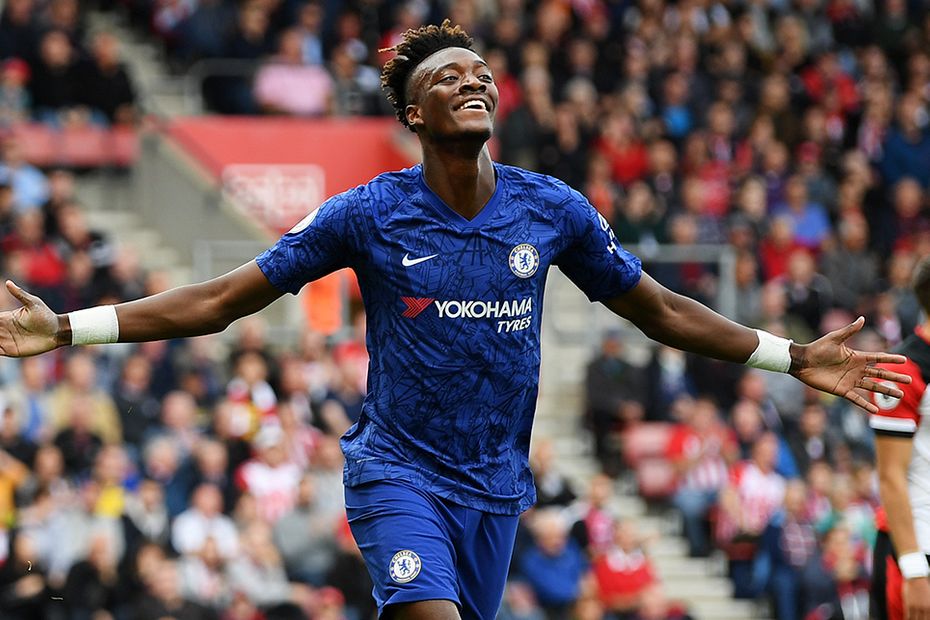 Managers in Fantasy Premier League have flocked to Tammy Abraham (£7.7m) ahead of Chelsea's home encounter with Newcastle United.

He is now the second most-popular player in the game, owned by 42.3 per cent.

Opportunity at the Bridge

At home, his 13 shots inside the penalty area and seven shots on target both rank among the top three players in FPL.

Newcastle, meanwhile, have conceded 11 goals and 23 shots on target in away matches this season. Both those totals place second-worst in the Premier League.

Abraham's appeal is further boosted by Liverpool and Manchester City both having away fixtures in Gameweek 9.

Salah is expected to recover from a minor knock to face a Manchester United defence with only one clean sheet in seven Gameweeks.

Mane has three double-figure hauls in his seven Gameweek starts.

Meanwhile, Firmino's 31 points in away matches are more than any other Liverpool player.

Sterling scored twice in the corresponding fixture in 2018/19.

Aguero has been among FPL's most consistent early-season performers, with a goal or an assist in seven of the opening eight Gameweeks.

De Bruyne is likely to overcome a minor groin problem for the Selhurst Park trip. He has 21 points over his three away starts.

Holly Shand (@FFCommunity_): It could be the week to consider cheaper players for the captaincy. I'm on Abraham right now but if I make a move for Callum Wilson (£7.9m) he could be first choice with an outstanding home fixture against Norwich City.

Paul Gee (@FPLPaulGee): With Liverpool playing Man Utd defence and Man City at Crystal Palace, who have kept a few clean sheets at home, the captaincy is quite difficult this week and getting it right will definitely move you up the rankings. Wilson and Abraham stand out for me. Wilson just edges it because I feel Newcastle have improved a lot in the last few weeks. if I had Harry Kane (£10.9m), I'd be all over him.

Sam Bonfield (@FPLFamily): This week I'm going against the statistics and captaining Kane. A home fixture against Watford should be the perfect match for both Tottenham Hotspur and Kane to kick-start their season. I'm backing a big points return for him this weekend.

Lee Bonfield (@FPLFamily): As FPL managers, we're always looking for that perfect blend of form and fixtures. Right now, Chelsea have both, so I'm inclined to choose someone from the Blues. Abraham has over 40 per cent ownership, so if you're really looking to jump up the ranks, go for the slightly lesser-owned Mason Mount (£6.8m) or for the ultra-brave, Callum Hudson-Odoi at only 1.3 per cent ownership.

Ben Crabtree (@FC_CrabDogg): I worry this could end badly but I can't look past Wilson with his ability to score double figures along with the best fixture you could ask for.

Chuck Booth (@ChuckBoothSport): This is a week where there are plenty of good captaincy options. Sterling, Abraham and Mane stick out but I'll be rolling with Wilson. While he was held scoreless at Arsenal, I don't expect the same to happen in two straight Gameweeks with a home clash versus Norwich.

Neal Thurman (@nealjthurman): I don't like Man City or Liverpool options this week, so I'm going to go with a Kane revival against bottom-of-the-table Watford by a hair over Wilson and Abraham, who also have attractive match-ups.

Ben McNair (@drbenmcnair): I think I'll give Sterling the armband again. The last few weeks haven't been his best but I'm taking a longer-term view of things. No-one is on Man City's level in terms of creating goalscoring chances and Sterling, along with Aguero, are the men who most often get on the end of them.