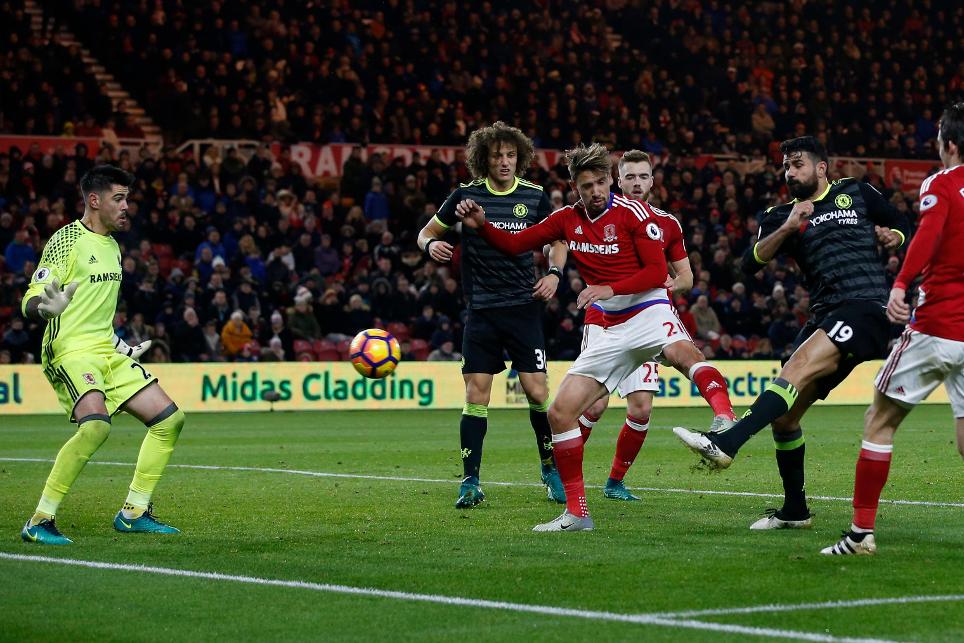 Head coach reacts to a sixth straight win for Chelsea, who had to 'suffer' at Middlesbrough

Antonio Conte praised the discipline and determination of his Chelsea team as they earned a sixth consecutive Premier League win with a hard-fought 1-0 success at Middlesbrough.

Diego Costa’s 10th goal of the league campaign was enough as Chelsea went top, having kept six clean sheets during that run.

Boro were unbeaten in three matches before Sunday’s match at the Riverside Stadium and Conte was delighted with how Chelsea dealt with Aitor Karanka’s side.

"We won only 1-0 against a strong team with good organisation,” Conte told chelseafc.com. “We had to suffer, but we never lost our compactness. It’s very good.

"Middlesbrough put their best on the pitch, but in this period it’s very difficult to play against Chelsea."

Middlesbrough head coach Karanka told mfc.co.uk: “I am pleased with the attitude of my players. We are playing against a top-of-the-table team, so we knew it was going to be difficult.”

READ | The thoughts of Aitor @Karanka on today's match against @ChelseaFC 🗣💬
👉 https://t.co/ru0gtMMAAC pic.twitter.com/2Vh8umNsXq