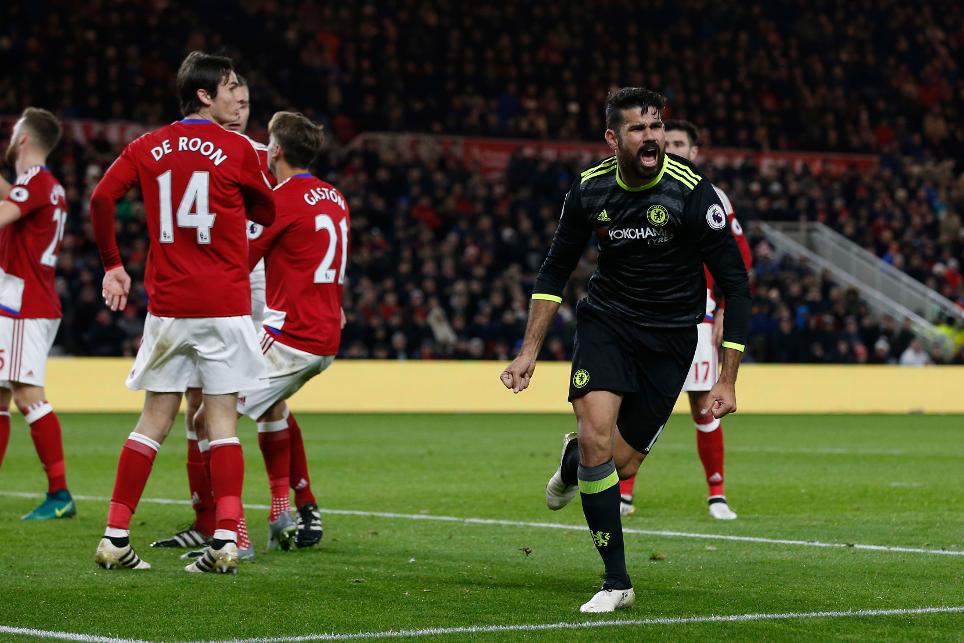 Chelsea earned their sixth successive Premier League victory without conceding thanks to Diego Costa's strike in a 1-0 win at Middlesbrough.

Middlesbrough played their part in an action-packed encounter at a sold-out Riverside Stadium, but Costa's 10th goal of the season put Chelsea top of the league.

After Boro goalkeeper Victor Valdes superbly tipped over Pedro's rising strike, Costa reacted quickest to prod the ball into the net when his header from an Eden Hazard corner was blocked.

The fast pace continued after the break, with Pedro rattling the crossbar before Victor Moses blasted over following a rapid Chelsea counter-attack.

Thibaut Courtois saved well after Alvaro Negredo's brilliant control and strike late on for Boro, who are in 15th place on 11 points.