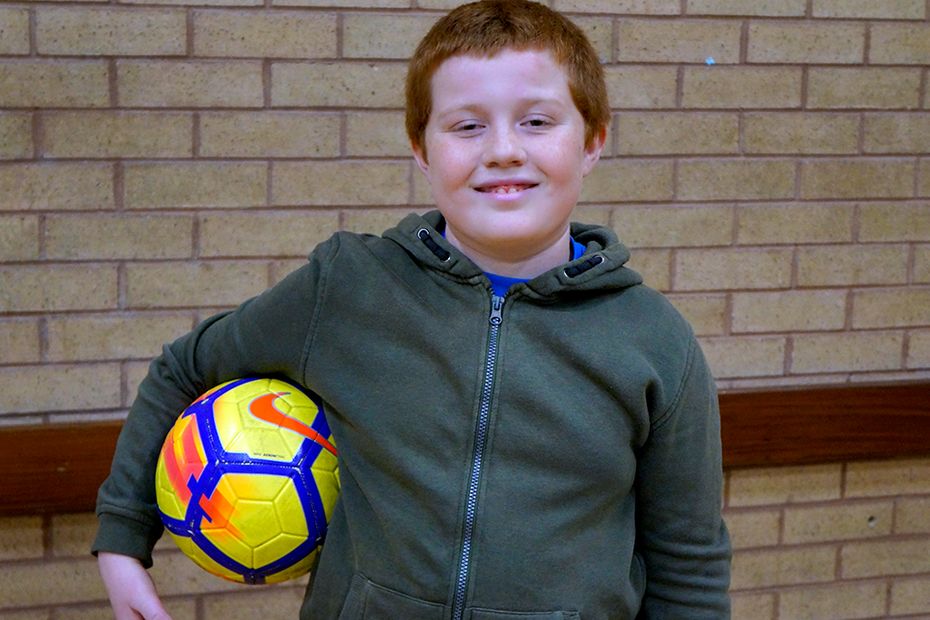 To mark Non-League Day this weekend, we look at how the Premier League helps clubs below the top four divisions of the English football pyramid engage with their local community.

When his father passed away four years ago Lewis Allsopp was forced to grow up quickly but, with the help of Notts County and Premier League Kicks, the 11-year-old has slowly rebuilt his confidence.

As well as spending more time helping out at home with the cooking and the washing, Lewis suffered from a lack of self-confidence when meeting new people. He also had to deal with with the mockery of his peers.

But he began to attend Premier League Kicks sessions run by Notts County Football in the Community, the charitable arm of the National League club, even if there was initial trepidation.

"I was nervous when I started," he says. "I didn’t know anyone."

Slowly but surely, however, his confidence began to grow.

Lewis is now at secondary school at Farnborough Academy, in Clifton, where he can attend another of County's Premier League Kicks satellite programmes.

Premier League Kicks uses the power of football to help youngsters in some of the most high-need areas, getting them to interact in a positive atmosphere with mentors coaching them in football and the ways of life.

Notts County are one of four non-league clubs who receive funds directly from the Premier League to run their Kicks programme.

For Lewis, as well as more than 700 other young people in Nottingham, County's Kicks programme has provided a great support network.

"I love football, and I'm more confident to speak to others now," he says.

His mother has noticed the change, too.

"He's like me and always wants to meet new people," she says.

His football skills have come on with PL Kicks too, and he was recently selected for the school team.

"Lewis is a secret gem," says his PE teacher. "He's a quietly confident lad who is more than happy talking to everyone, including teachers.

"It's evident he often plays football with older people.

"He loves to tell us what he's been up to and that he's representing the school in a Year 7/8 tournament."

Lewis is now thinking about joining a local club, and if recent progress is anything to go by, he will continue to go from strength to strength.

Show your support on Non-League Day

Saturday 12 October marks Non-League Day. You can support the hundreds of semi-professional and amateur clubs around England by going to a non-league match on 12 October.