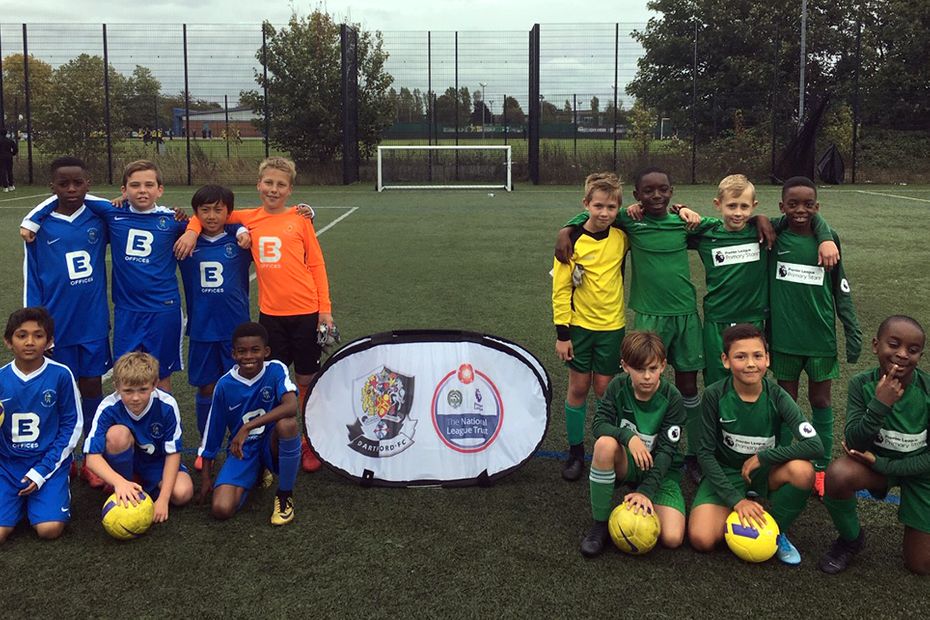 To mark Non-League Day this weekend, we look at how the Premier League helps clubs below the top four divisions of the English football pyramid engage with their local community.

Dartford FC Community Programme launched in the summer of 2018 thanks to funding from the Premier League and PFA via the National League Trust.

The community arm of Dartford FC, competing in the National League South, is aiming to be the best in Kent.

The club's community director Darren Phillips explains the incredible progress Dartford have made over the last 12 months.

"Dartford took part in a few community initiatives in the past but we never had a programme that has been funded directly.

"Last year the opportunity was there to get the funding and the chairman said, 'Let's do this properly.' He wanted to bring people to the club who wouldn't normally come here.

"It's allowed us to deliver projects and reach people that we wouldn't have been able to before. Our offer engages different age groups and at different times of the day.

"We now work in 35 primary schools, we deliver girls football and lunch clubs and this school year we are going to start delivering the Premier League Primary Stars programme.

"Premier League funding has allowed the club to reach places where we haven't had a presence before."

"There are also social inclusion projects on four local housing estates which allow us to work with youngsters to get them involved in something positive.

"We have walking football, which is going from strength to strength, and there's also a social club for the over-50s that runs every week.

"The funding has allowed the club to reach places where we haven't had a presence before.

"When we see this work it makes us really proud. We've brought it from nothing to what it is today, where we engage around 700 people per week.

"If we hadn't got the funding to start with, I don't think anything would have particularly got it off the ground.

"There's a real sense of achievement, from doing nothing to probably being Kent's biggest community club."