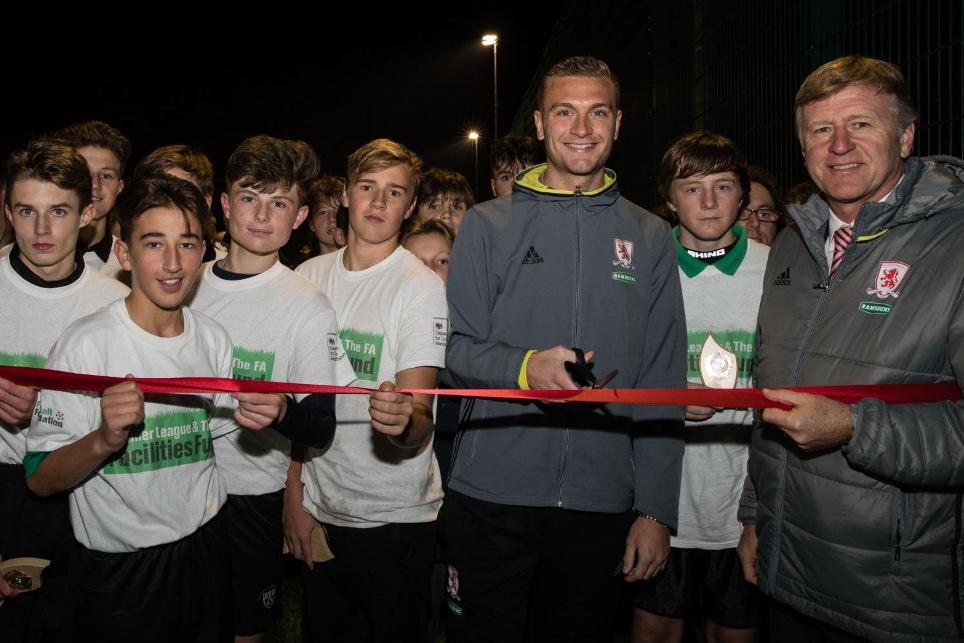 "Having come through the Boro Academy I know how vital facilities like this are to enjoying the game."

Gibson and Boro's academy manager, Dave Parnaby, met pupils from the school who will use the new pitch, which was made possible with a £335,283 grant from The Premier League & The FA Facilities Fund.

As well as the school, Guisborough Town FC, will use the facilities that will enable the club in the ninth tier of English football to grow their number of teams from 11 to 19.

"I know from speaking to people involved in making the project happen, just how much of a positive impact it will have on the wider Guisborough community," Gibson said.

"Having come through the Boro Academy, like so many of Laurence Jackson’s former pupils, I know how vital facilities like this are to enjoying the game and potentially making a career out of it."

The PLFAF is funded by the Premier League, The FA, and the Government, via Sport England, is delivered by the Football Foundation and provides grants towards new or refurbished grassroots sports facilities.