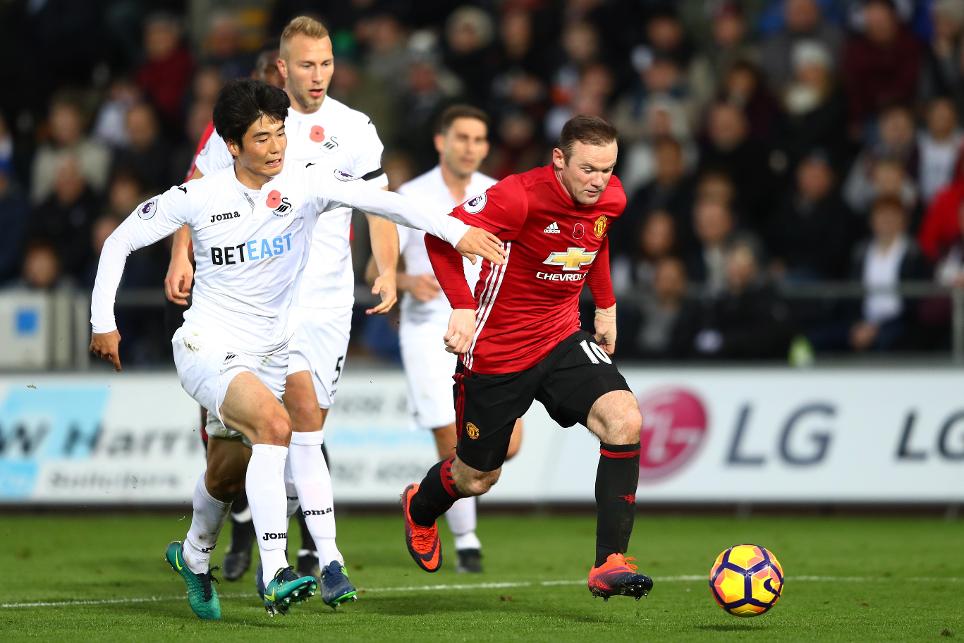 Mourinho: We were always in control External Link

On a Sunday when Zlatan Ibrahimovic netted the Premier League’s 25,000th goal, the provider of his two goals also made history.

He is only the third man in the competition’s history to hit three figures for assists, and now lies just two behind Frank Lampard.

He can edge nearer to Lampard in his next match, against Arsenal on 12 November, an opponent he has assisted against four times already, as well as scoring 11 goals in total.

What better #MondayMotivation than highlights of our 3-1 win at Swansea?

Rooney still has some way to catch the player with the most Premier League assists. Former Man Utd team-mate Ryan Giggs set up 162 goals in his 632 appearances.

Most assists in Premier League