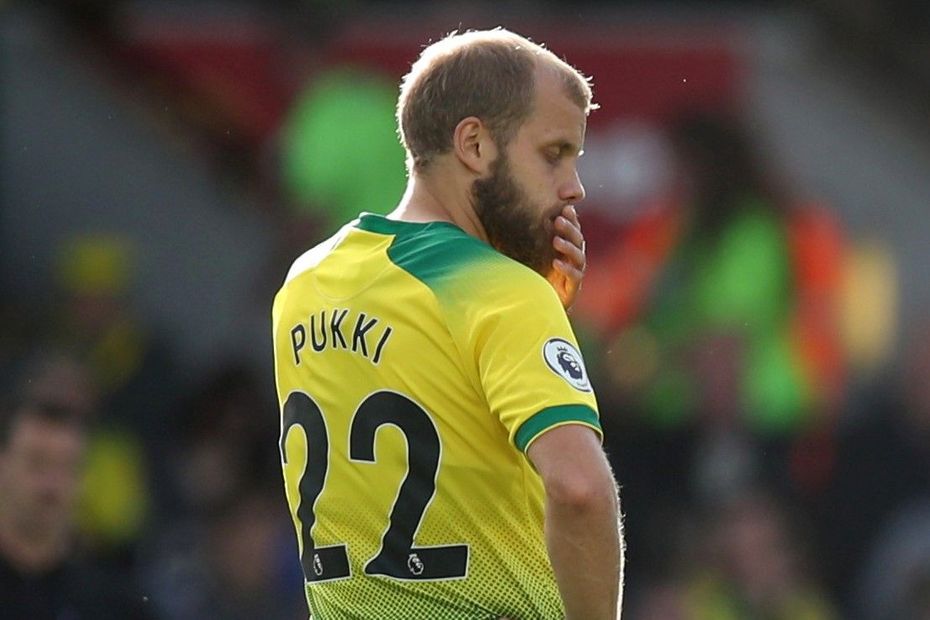 A blank at home against Aston Villa appears to have been the final straw for many owners of Teemu Pukki (£7.1m) in Fantasy Premier League.

The Norwich City forward had failed to score away at Burnley and Crystal Palace in the previous two Gameweeks.

But his form at Carrow Road meant there was still faith in Pukki ahead of Saturday’s encounter against Villa.

Indeed, having produced double-figure hauls in each of his first three home matches, Pukki was regarded as a major candidate for the captaincy.

He was the sixth-most selected player for the Gameweek 8 armband, with over 272,000 naming him as their skipper.

But Pukki’s one-point return in the 5-1 home defeat has heavily impacted the plans of FPL managers.

The Finnish forward is the most-sold player for Gameweek 9, moved on by 200,000+ ahead of his trip to AFC Bournemouth.

He remains the second-most popular player in the game, sitting in 41.6 per cent of squads.

Yet his recent output is a concern.

Pukki initially announced his arrival with five goals, an assist and 35 points in the opening three Gameweeks.

But he has since recorded just one goal, one assist and 19 points in the last five Gameweeks.

Nonetheless, his underlying statistics still fare well when assessed against his FPL rivals.

Over the last four Gameweeks, Pukki's total of eight shots inside the box is ranked joint-fifth among forwards, while only three strike rivals have bettered his seven chances created in that period.

Given AFC Bournemouth's defensive frailties, his remaining owners may decide to keep him for his trip to Vitality Stadium before reassessing.

Apart from Norwich, the Cherries are the only side yet to keep a clean sheet this season.

Holly Shand (@FFCommunity_): My patience with Pukki is certainly wearing thin. With plenty of injury concerns in my squad during this international break, I'm going to bide my time for now. The premium forwards and Jamie Vardy (£9.0m) look the most tempting.

Tom (@WGTA_FPL): As Norwich look to be turning into this year's whipping boys, the case for owning Pukki grows weaker. I'm looking strongly at Callum Wilson (£7.9m) post-international break. He has a fantastic next four games, starting with the Canaries.

Paul Gee (@FPLPaulGee): I still really like Pukki's next four fixtures and have more pressing matters to attend to, so I will hold.

Sam Bonfield (@FPLFamily): Pukki’s statistics at home were so good before this weekend. But, with three blanks in a row now, the Pukki Party is over and it's time for the Vardy Party to begin ahead of Leicester City's favourable run of fixtures.

Lee Bonfield (@FPLFamily): AFC Bournemouth, Manchester United, Watford and Everton can all concede plenty of goals, and Pukki plays all of them in his next five games. I’m tempted to sell but am going to preach patience for now. Norwich will use the international break to get a few of their key injured players back, which will make a big difference to their approach and, I’d expect, their form.

Ben Crabtree (@FC_CrabDogg): I will be sitting on the Pukki decision for a week or so to avoid knee-jerk errors. Tammy Abraham (£7.7m), Wilson, Vardy and premium strikers all require cash and two transfers may be required, while I'm also open to keeping him.

Neal Thurman (@nealjthurman): If we’ve learned anything in recent weeks it's that you want the players who are facing the Canaries so I’m looking at Joshua King (£6.3m) and Wilson to replace Pukki.