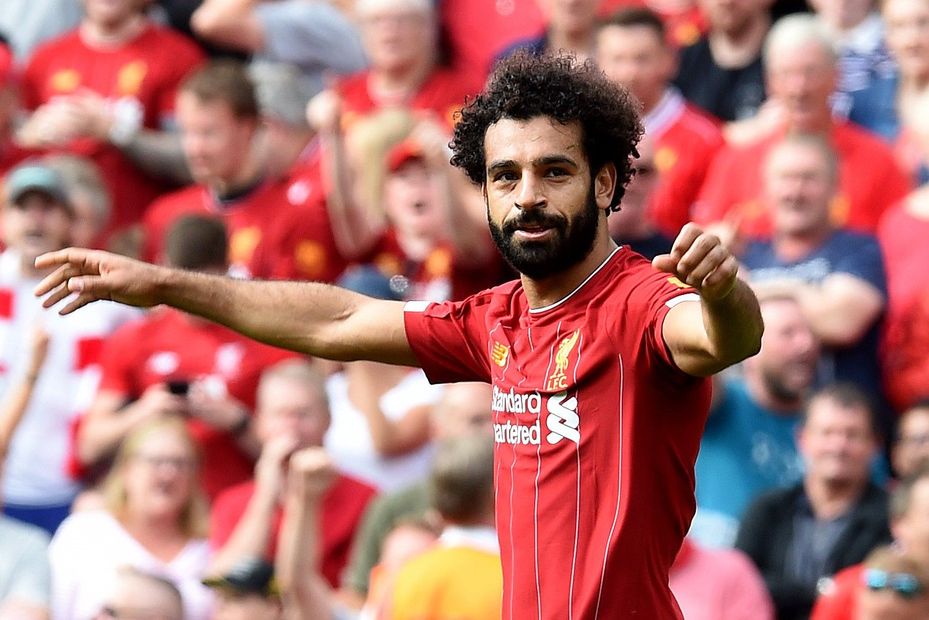 A home encounter with Leicester City boosts the captaincy potential of Mohamed Salah (£12.5m) in Gameweek 8 of Fantasy Premier League.

While the Liverpool winger has failed to score in three of the last four Gameweeks, all of those blanks came away from home.

Salah has been far more reliable at Anfield.

He has scored at least once in all three of his top-flight home fixtures in 2019/20, producing four goals and 36 FPL points.

Sadio Mane (£11.6m) can also deliver a big haul against the Foxes.

Mane scored in both of his meetings with Leicester last term, whereas Salah blanked on each occasion.

Manchester City's big-hitters are also key armband contenders ahead of a home match against Wolverhampton Wanderers.

Sergio Aguero (£12.2m) is among the three players to produce a goal or an assist in each of the first seven Gameweeks.

He has scored four goals and 31 points in his three home matches.

Owners of Kevin De Bruyne (£10.0m) will be hoping he recovers from a groin injury. The Belgian is Man City's top-scoring player at the Etihad Stadium this term, totalling 41 points.

Threat from out wide

Sterling's 22 shots on goal are more than any other midfielder, and his 20-point haul in Gameweek 1 remains the highest individual score this season.

Mahrez, meanwhile, has produced double-figure hauls in three of his four starts. The Algerian has returned 15 and 10 points in the last two Gameweeks.

Holly Shand (@FFCommunity_): Sterling only featured as a substitute in the UEFA Champions League so he gets my armband. He has two goals and an assist in his last two games in all competitions. But if I owned Pierre-Emerick Aubameyang (£11.0m) I'd be tempted to captain him.

Ash (@FPLHints): I can't look beyond Sterling. His last two competitive appearances have come from the bench and he's sure to start this weekend. He's been involved in Man City's goals as a substitute so imagine what he can do when given a full match.

Paul Gee (@FPLPaulGee): With De Bruyne a doubt, I would be looking at Aguero, Salah or Sterling. Salah at home is like the postman - he always delivers - and Sterling has scored in his last three games in all competitions so is picking up form. People will say Aguero is likely to be rested but I doubt that because he's been omitted from the Argentina squad so is about to get a break anyway. All three are good options.

Sam Bonfield (@FPLFamily): I was planning to captain De Bruyne but the fact he is a doubt has left me in a quandary! I'm expecting Tottenham Hotspur to show some grit against Brighton & Hove Albion in the wake of their UEFA Champions League defeat, so I'll probably go with Harry Kane (£11.0m). However, Teemu Pukki (£7.2m), Tammy Abraham (£7.6m) and Salah are all contenders.

Ben Crabtree (@FC_CrabDogg): It's between Sterling and Aubameyang for me. I like both of their fixtures. While Aubameyang is in better form, I'll likely go with Sterling due to City's goalscoring power at home.

Mark McGettigan (@FPLGeneral): It's Sterling for me after he did the business last weekend. It was good to see him getting reduced minutes in the UEFA Champions League. But if I owned Aubameyang, he would get the armband.

Neal Thurman (@nealjthurman): If we've learned anything about Pep Guardiola's rotation decisions in recent weeks, it's that he's not going to be easy to predict. Given those circumstances, you have to devalue City's attackers as captain candidates. It's hard to ignore Aubameyang, who's going to start at home against an AFC Bournemouth side who have yet to keep a clean sheet.

Ben McNair (@drbenmcnair): I'm sticking with Sterling, who faces a Wolves team returning from a long trip to Turkey on Thursday night.