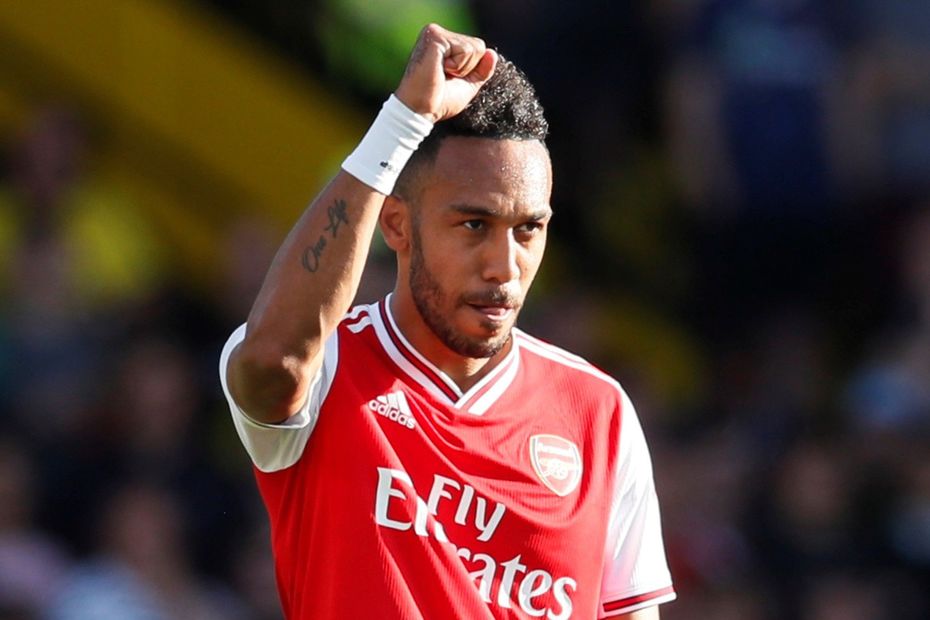 FPL FYI: Why to choose form over fixtures
FPL Update: Aguero set for Watford after rest

A visit from Aston Villa gives Pierre-Emerick Aubameyang (£11.0m) the chance to extend his strong start to 2019/20 Fantasy Premier League.

He has produced a goal or an assist in all five of the opening Gameweeks.

Aubameyang scored 19 goals against sides who finished outside the top six last term.

Only Mohamed Salah (£12.5m) bettered that tally, netting 20 goals in such matches.

Kane has scored 11 goals in his eight Premier League meetings with the Foxes.

And Son has produced four goals and two assists in his last three starts against Leicester.

Teemu Pukki (£7.1m) travels to Burnley as the top-scoring player in FPL, with 49 points, having produced three double-figure hauls in the last four Gameweeks.

Tammy Abraham (£7.3m) has scored two or more goals in three successive Gameweeks ahead of a home encounter with Liverpool.

And Callum Wilson (£7.8m) travels to Southampton on the back of his season-high 13 points last weekend.

Along with Aubameyang and Sergio Aguero (£12.1m), the AFC Bournemouth striker is one of only three players to score or assist in all five Gameweeks.

Finally, a home clash with Sheffield United raises the potential of Richarlison (£8.0m).

The Everton attacker produced two goals and 15 points in his last match at Goodison Park, a 3-2 win over Wolverhampton Wanderers in Gameweek 4.