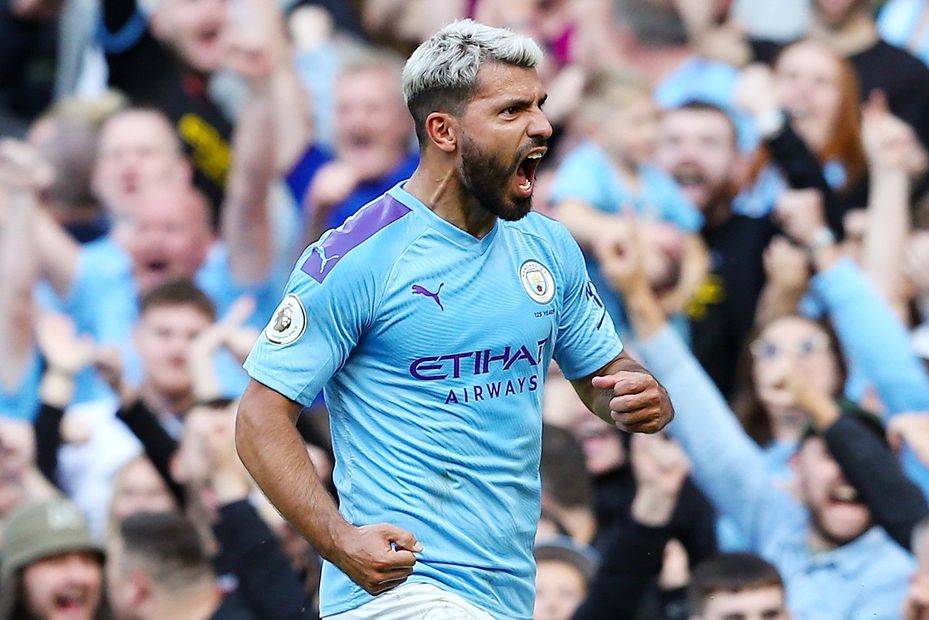 A home match against Watford raises the potential of Sergio Aguero (£12.1m) in Gameweek 6 of Fantasy Premier League.

After being rested for Manchester City's 3-0 UEFA Champions League win over Shakhtar Donetsk on Wednesday, the Argentinian can extend his prolific start to 2019/20.

Aguero is the only player to score in all five of the opening Gameweeks.

And he was a big success at the Etihad Stadium last season, averaging 8.1 points per home match.

Raheem Sterling (£12.3m) will also be a key target against the Hornets, who will head to Manchester having failed to keep a clean sheet this term.

He has produced five goals and an assist in his last two meetings with Watford in all competitions.

Meanwhile, Kevin De Bruyne (£9.8m) has recorded double-figure hauls in both of his home appearances this season.

The Belgian is expected to be named in the starting XI, having only featured as a substitute in last weekend's loss at Norwich City.

Liverpool's big-hitters will also be popular picks against a Chelsea side who, like Watford, have conceded in all five of their fixtures.

Both have recorded two double-figure hauls, although Salah has been slightly more consistent. He has produced four sets of attacking returns to the three of Mane.

Roberto Firmino (£9.5m) is another in-form option for the Merseysiders, heading to Stamford Bridge on the back of two goals and four assists this term.

Indeed, his totals of 19 shots and 14 shots inside the box are both more than any team-mate.

Holly Shand (@FFCommunity_): I'm choosing between Sterling, De Bruyne and Salah. My gut feeling has been Sterling and, while his minutes in the UEFA Champions League are off-putting, he got a hat-trick in this fixture last season, so I'm likely to hold firm.

Tom (@WGTA_FPL): I'm hoping it's third time lucky with Sterling. City remain the best attacking side in the league and we know what Sterling is capable of.

Paul Gee (FPLPaulGee): If I had Aguero I would captain him. Pierre-Emerick Aubamayang (£11.0m) looks a sure goalscorer if you want to play safe.

Sam Bonfield (@FPLFamily): De Bruyne's reduced minutes in Man City's last two matches mean I'm likely to pick him. But the form of Teemu Pukki (£7.1m) for both club and country makes him a tempting option. His hosts, Burnley, have conceded seven goals in the last four Gameweeks.

Lee Bonfield (@FPLFamily): I seem to be getting the Salah v Sterling call wrong every week! But I'll flip the coin again and likely land on the City man. Pep Guardiola's boys need to bounce back at home against Watford and I'm backing them to do so. Chelsea's defence has been suspect so far, so anyone choosing Salah has got an equally good pick.

Mark McGettigan (@FPLGeneral): Sterling playing 90 minutes in midweek is not ideal but I think I'll stick with the plan of giving him the armband. Salah and De Bruyne are the others under consideration.

Ben McNair (@drbenmcnair): Sitting out the UEFA Champions League match in Ukraine on Wednesday makes Aguero a great choice but it also casts doubt on his reliability as an option going forward.

Ben Crabtree (@FC_CrabDogg): I think I'll be backing Sterling to bounce back with a big score.

Chuck Booth (@ChuckBoothSport): A rest from the midweek line-up makes this week 'Aguero armband take two'. Watford have improved but no team in the league can stop Aguero on his day. This may be my easiest captaincy choice of the season.

Neal Thurman (@nealjthurman): The easy answers are De Bruyne, Sterling or Aguero. But if you want to go out on a limb, perhaps it's time to admit that Pukkimania is real and give him the armband against Burnley.