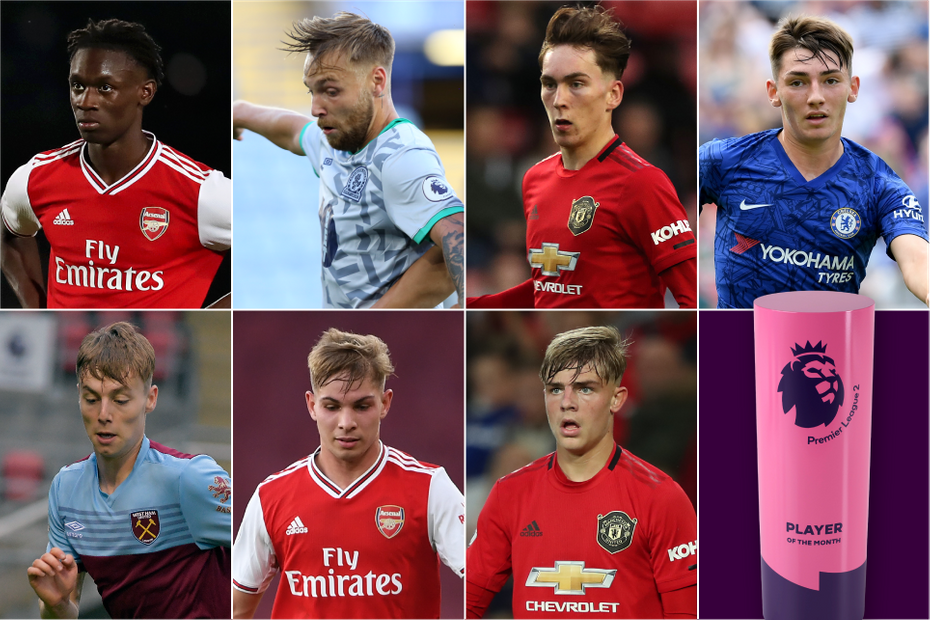 Players from Arsenal, Blackburn Rovers, Chelsea, Manchester United and West Ham United were named on a shortlist decided by the Premier League’s Football Development Panel after PL2 club managers picked the best performance by an opposing player in each of their league matches in August.

The 18-year-old has stepped up seamlessly to PL2 after scoring 25 goals at U18 level last season. The New York-born forward netted four goals in as many Division 1 appearances, including a hat-trick at Blackburn, and got two assists.

Chapman scored or assisted in each of Blackburn's final three Division 1 matches in August. The 21-year-old's return of three goals and one assist included a brace in a 5-3 win at Brighton & Hove Albion.

The 18-year-old central midfielder scored in each of his three PL2 appearances in the month, netting four goals in total. Two were long-range strikes in a 5-0 opening win at West Bromwich Albion.

Gilmour was rewarded for his part in leaders Chelsea's unbeaten start to the Division 1 season with a senior Premier League debut against Sheffield United. The 18-year-old Scottish midfielder contributed to PL2 wins over Derby County and Liverpool and scored a penalty in a draw at Manchester City.

Versatile attacking midfielder Kemp contributed to a goal in three of his four matches. After scoring in a season opener against Fulham, the 20-year-old got a goal and an assist against Reading and set up a strike in a 2-2 draw at Man Utd that kept West Ham level on points with the Division 2 leaders.

The 19-year-old playmaker started all four of Arsenal's Division 1 matches as they ended August unbeaten in second place. Smith Rowe also scored in a 2-1 win over Brighton.

At 19, the full-back has captained Man Utd's PL2 side to 10 points from their four matches to sit atop Division 2. Williams played every minute, setting up three goals, and also got an assist in a 2-0 EFL Trophy victory at Rotherham United.