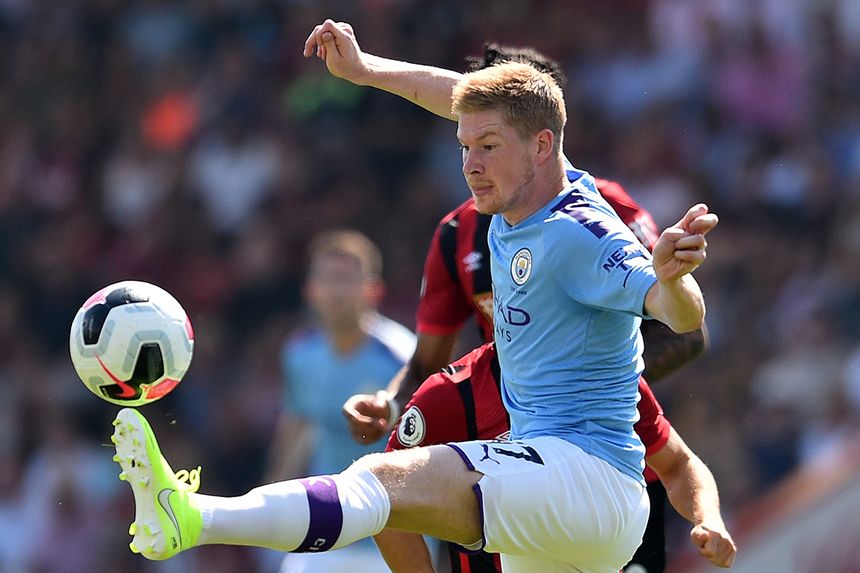 With at least one assist in all four Premier League matches so far this season, Kevin De Bruyne is on course to equal a record set by Thierry Henry.

The Belgian's streak of assists in consecutive matches from the beginning of a campaign has matched Cesc Fabregas's return in 2014/15.

Only Henry has started a season with a longer run of appearances with an assist, with the Arsenal legend putting together a run of five matches in 2004/05.

De Bruyne now has the chance to match him at Norwich City on Saturday.

Henry and Fabregas created seven and six goals respectively during their sequences, which are the most by a player five matches into a season.

De Bruyne has set up five goals this term so if he lays on another two at Carrow Road he will equal that Henry feat, too.

Most assists five matches into a season

Should that happen, De Bruyne might turn his attentions to a record held by a current Arsenal star.

Mesut Ozil assisted in seven straight matches between September and November in 2015, the most at any point of a Premier League season.

Whether he can equal Henry's record of 20 assists over the course of a season, achieved in 2002/03, is another matter.

De Bruyne, who continued his excellent form on Monday with three assists and a goal in Belgium's 4-0 UEFA Euro 2020 qualifying victory against Scotland, is the early leader in the race for the Cadbury Playmaker of the Year award.

The brilliant Belgian claimed the accolade in 2017/18 and also provided the most assists the season before that.

Only Fabregas, David Beckham and Frank Lampard have topped the assists charts in three separate seasons, so De Bruyne can aim to join yet another exclusive list.