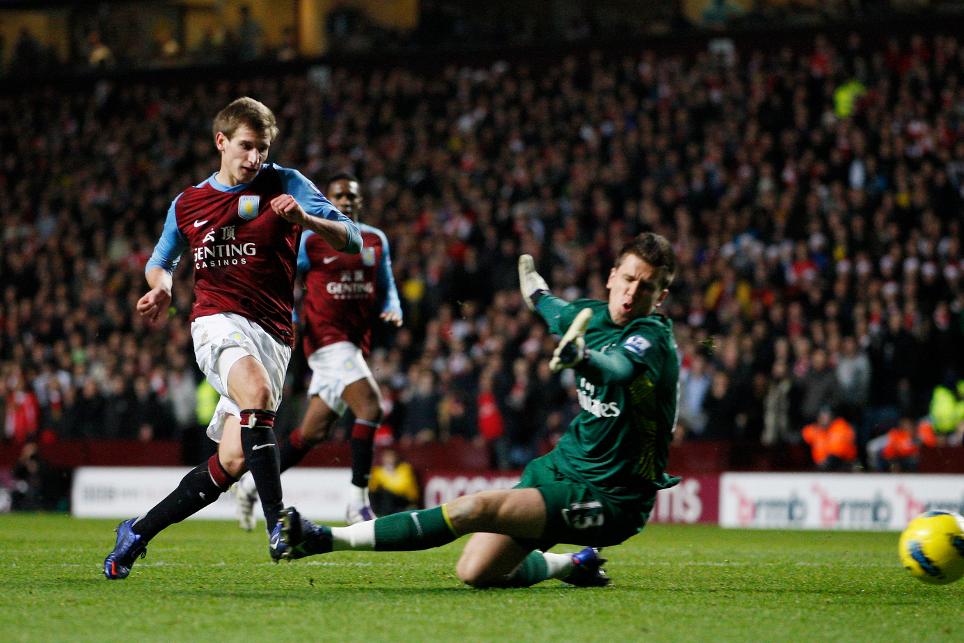 Landmark set to be reached on Sunday and scorer of 20,000th goal may repeat feat

Deane: First PL goal is a moment fans remember me for
30 years ago: The phone calls that took Cantona to Man Utd

Albrighton: We Have To Fight External Link

With 17 goals scored on Saturday, we are now eight goals away from the 25,000th in Premier League history.

There have now been 24,992 goals scored in the Premier League since the competition started in August 1992 and with five matches taking place on Sunday, it is likely the 25,000-mark will be met today.

The man to put his name in the history books this weekend could be someone with one landmark goal to his name already.

Marc Albrighton, the Leicester City midfielder, scored the 20,000th goal when he got the equaliser for Aston Villa in a 2-1 defeat at home to Arsenal in December 2011.

With Leicester involved in the final fixture in Matchweek 11, hosting West Bromwich Albion in the late kick-off on Sunday, could Albrighton strike again? Less likely, but still possible, is that the scorer of the 24,000th goal will repeat the feat in the identical fixture.

Arsenal's Kieran Gibbs was the player, at home to Tottenham Hotspur on 8 November 2015, and, having started the last three matches in all competitions, the left-back could well play a part when Spurs visit Emirates Stadium in Sunday's midday kick-off.

With 137 goals scored in the north London derby in the Premier League, the joint second most of any other fixture in the competition, it is likely the landmark will be reached this weekend.

In fact, the mark will be reached were the derby to repeat the 5-4 scoreline of when it last kicked off at midday.

Spurs were the last team still in the division to have scored such a landmark goal, when Les Ferdinand struck the 10,000th goal against Fulham in 2001.

Were Zlatan Ibrahimovic to rediscover his scoring touch and hit goal number 25,000 it would arguably be the highest-profile player to score a landmark goal since Eric Cantona netted the 100th, for Leeds United in August 1992.