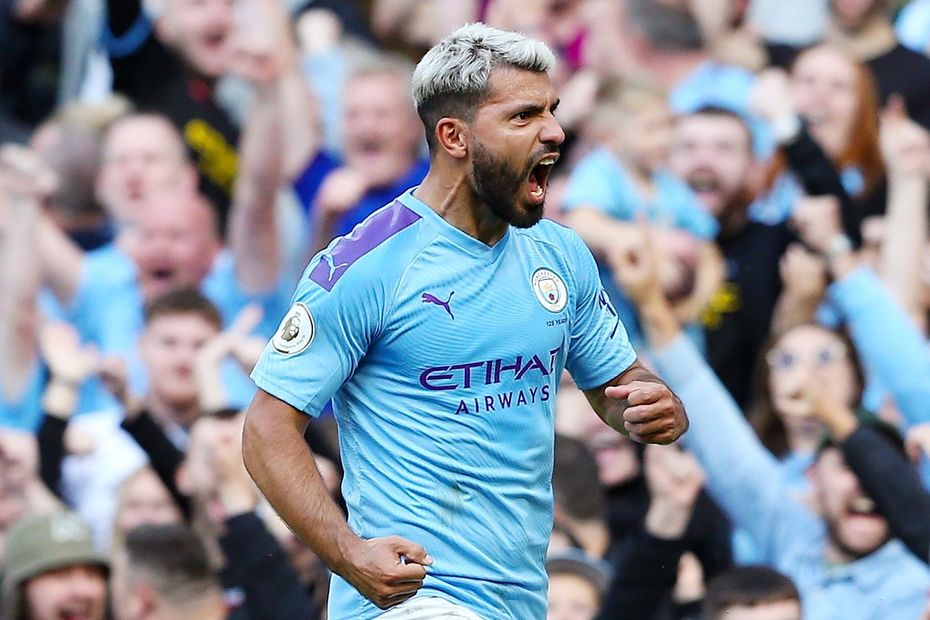 A visit from Brighton & Hove Albion boosts the chances of Sergio Aguero (£12.0m) extending his prolific start to 2019/20 in Fantasy Premier League.

The Manchester City striker is one of only three FPL forwards to score in each of the opening three Gameweeks, along with Teemu Pukki (£7.0m) and Ashley Barnes (£6.6m).

He is now a serious captain contender against Brighton on Saturday afternoon.

Aguero averaged 8.1 points per home match last season, producing a goal or an assist in 13 of his 14 starts at the Etihad Stadium.

Sterling is the most-owned attacker in the game, sitting in 46.4 per cent of squads after providing five goals and 34 points.

Salah, meanwhile, has delivered two double-digit hauls and 30 points ahead of Liverpool's trip to Burnley.

And the Egyptian's record on the road points to more success at Turf Moor.

Away from home in 2018/19, his totals of 62 shots and 47 shots inside the penalty area were both more than any other player in FPL.

There are in-form alternatives for both Man City and Liverpool, however.

Kevin De Bruyne (£9.7m) delivered 11 points in his last home appearance and is FPL's leading player for chances created, with 14 in total.

And Sadio Mane (£11.5m) overshadowed Salah in Liverpool's last away fixture, serving up a goal, an assist and 13 points at Southampton.

Holly Shand (@FFCommunity_): It's another classic shield v sword dilemma between Sterling and Salah. I'm backing Sterling due to his home fixture and 100 per cent record to date. It's safety first after two consecutive captain blanks!

Tom (@WGTA_FPL): I'm not sure I can look past Sterling. But if I were to suggest a differential captain then Pukki plays a West Ham United team who have conceded more big chances than any other side.

Sam Bonfield (@FPLFamily): With De Bruyne creating 14 chances already, he looks a great pick. Brighton lost all of their away matches against the big six last season, including a 4-1 defeat by Man City in the previous meeting.

Lee Bonfield (@FPLFamily): It's got to be Man City, with Sterling the favourite. If you want a differential, I'm expecting Unai Emery to unleash his big front three of Pierre-Emerick Aubameyang (£11.0m), Alexandre Lacazette (£9.5m) and Nicolas Pepe (£9.4m) against Tottenham Hotspur. The way Spurs are defending, any one of those could be a nice option.

Mark McGettigan (@FPLGeneral): It's got to be a Man City asset. I wish I had Aguero, with Gabriel Jesus (£9.5m) ruled out. Sterling will get my armband. I expect a tough game for Liverpool at Burnley.

Chuck Booth (@ChuckBoothSport): The leading options are Aguero and Sterling. Both have provided returns in every match so far and, while Brighton have improved, no team in the league are a match for Man City. The best differential options are Sebastien Haller (£7.4m) and Pukki in a fixture that should have plenty of goals. Start your attackers!

Ben McNair (@drbenmcnair): I can't look past Sterling. He leads the way this season for goals, joint with Pukki, and underlying statistics, while Brighton are no longer set up to park the bus under Graham Potter.