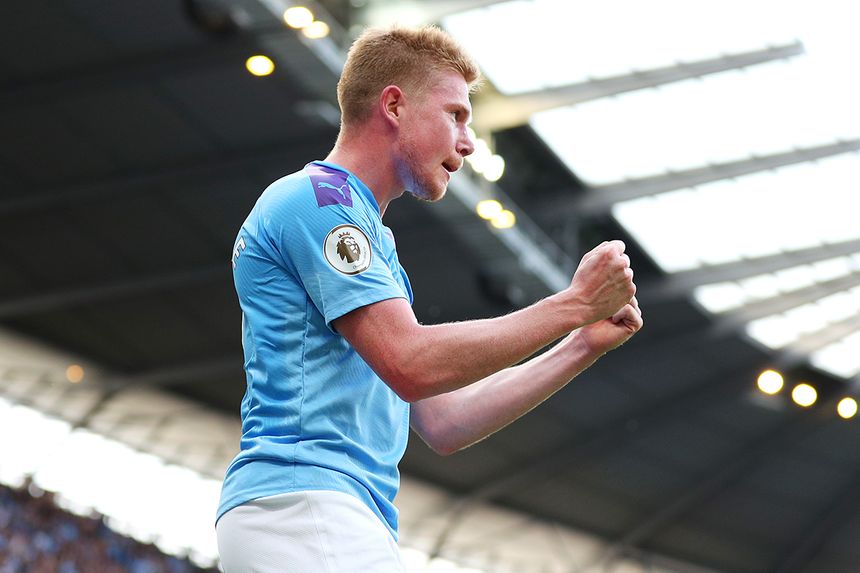 Guardiola not setting any targets External Link
GW2 Lessons: De Bruyne back to his best
Budweiser Kings of the Match: Matchweek 2

A star display from Kevin De Bruyne has earned the Manchester City midfielder a place in Alan Shearer's Team of the Week.

The brilliant Belgian set up both of his side's goals in a 2-2 draw with Tottenham Hotspur to take his assist tally for the season to three.

Shearer, a Premier League Champion and the competition's all-time leading goalscorer, says De Bruyne must be a delight for the likes of Sergio Aguero and Raheem Sterling, describing him as "a forward's dream".

It's that time again 🙌@AlanShearer picks his #PL Team of the Weeek, do you agree? pic.twitter.com/ddtrIqKhie

A first home clean sheet back in the Premier League for the on-loan Manchester United goalkeeper.

No-one goes past him. He won a massive seven tackles at Molineux.

A dogged defensive display. The centre-back even played his part in John Lundstram's winning goal.

An excellent performance. The towering defender helped his team to back-to-back clean sheets.

Grabbed an assist with a great long ball. Watford could not cope with him and Bernard down Everton's left.

A stunning goal to earn Wolves a well-deserved point.

Two assists on his first start. Very neat and full of energy.

A forward's dream! Make your run and he finds you. A masterclass in crossing.

Tenacious performance and a first goal for his boyhood club.

Won his team the points with a clinical finish and an assist.

The Blades are back in the big time at Bramall Lane and boy did they enjoy it! Wilder's tactics are brilliant to watch.