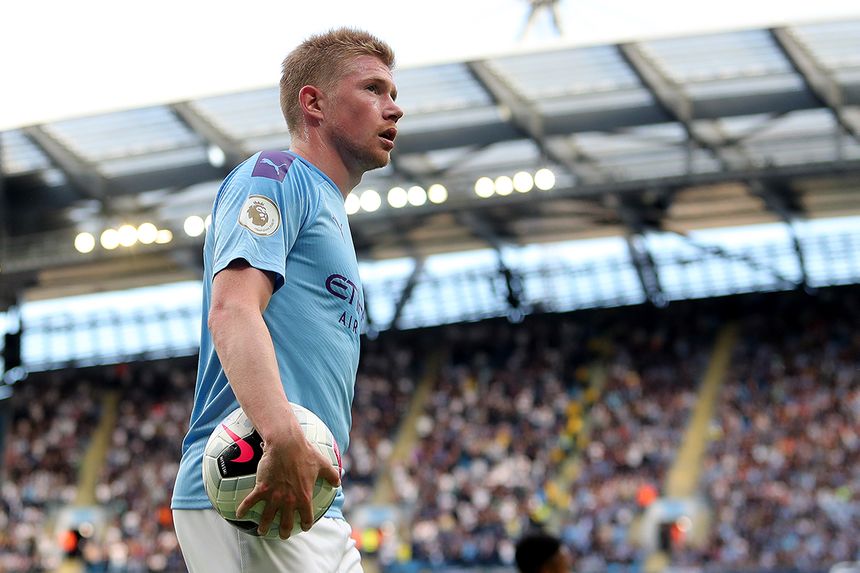 The early-season form of Kevin De Bruyne (£9.6m) has already made a big impact in Fantasy Premier League.

Manchester City's playmaker has provided three assists in the first two Gameweeks, matching his total for the whole of 2018/19.

Two of those came in Saturday's 2-2 draw with Tottenham Hotspur.

De Bruyne was restricted to just 11 starts and a total of 19 appearances last term because of injury.

But, having now returned to full fitness, his form has provided a timely reminder that he delivered eight goals, 18 assists and 209 points in 2017/18.

The underlying statistics show why De Bruyne has enjoyed a strong start to this season.

His total of 12 chances created is at least four more than any FPL rival, and is eight more than Man City's next best player, Riyad Mahrez (£8.5m).

De Bruyne’s total of five big chances created, or situations where the player receiving the pass is expected to score, is also the highest after the first two Gameweeks.

Over 182,000 FPL managers have made a move for De Bruyne ahead of his Gameweek 3 trip to AFC Bournemouth.

And his schedule suggests he will continue to bring in points for his 19.3 per cent ownership.

According to the Fixture Difficulty Ratings (FDR), just one of Man City’s next nine opponents score more than three.

That hands Raheem Sterling (£12.1m) the chance to extend his run of four goals in the first two Gameweeks, offering a strong captain option.

It also boosts the appeal of doubling up on the Man City attack, giving De Bruyne the platform to become a key figure in FPL once again.