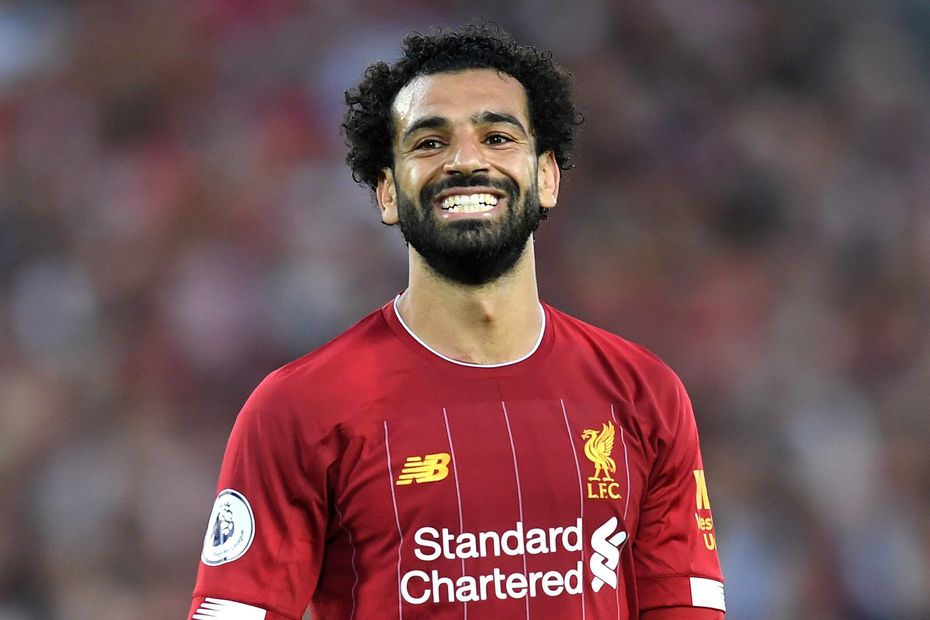 GW2 Ones to watch: Pierre-Emerick Aubameyang
GW2 Captains: Back Wilson on his travels

A Gameweek 2 trip to Southampton means Mohamed Salah (£12.5m) is expected to remain the most popular captain in Fantasy Premier League.

The Liverpool winger was the top armband pick for Gameweek 1, selected by almost 1.6million managers.

And he justified that show of faith with a goal, an assist and 24 captaincy points at home to Norwich City.

But his record against Saints suggests he will be hard to shift as the most-picked player for the armband.

Indeed, he has scored in all four of his meetings with Southampton.

Sadio Mane (£11.5m) could also profit against a defence who conceded three goals at Burnley in their season opener.

The Senegal international served a reminder of his threat by scoring both of his side’s goals against Chelsea in midweek.

But the pair now go head to head at the Etihad Stadium on Saturday evening.

Although many will rethink their options, Sterling in particular should still be considered as a captaincy candidate.

He has produced three goals and two assists in his last four meetings with Tottenham Hotspur.

Those keen to look elsewhere could turn to Pierre-Emerick Aubameyang (£11.0m) as another premium big-hitter up front.

The Arsenal forward has a fine record against his weekend opponents.

He has scored two goals in each of his three Premier League meetings with Burnley.

Sitting in 27.9 per cent of squads, a big captaincy haul from Aubameyang could shake up mini-league rankings.

Ben Crabtree (@FC_CrabDogg): Sterling gets it due to his form and because he is up against Kyle Walker-Peters (£5.0m). Richarlison (£8.0m) tempts but seems unnecessarily risky.

Mark McGettigan (@FPLGeneral): It's between Salah, Sterling and Aubameyang. Given how poor Southampton were defensively in Gameweek 1, I'm backing the Liverpool man to go big.

Chuck Booth (@ChuckBoothSport): With Kane and Sterling facing off, the armband goes to Salah, even after playing 120 minutes in midweek. The brave who want to select a differential captain should consider Aubameyang or Callum Wilson (£8.0m).

Holly Shand (@FFCommunity_): Salah but if I owned Aubameyang I’d go with him.

Tom (@WGTA_FPL): I'm on Salah but am wavering after Sterling's performance at the weekend and the 120 minutes played by the Egyptian on Wednesday. I may change nearer to the deadline.

Ash (@FPLHints): Aubameyang is probably more appealing based on his fixture and rest time between games.

Sam Bonfield (@FPLFamily): If I’m going to a match I always like to captain a player I’ll see live. This week that’s Liverpool. After a goal and an assist in Gameweek 1, a goal in this fixture last season and five goals and an assist in total against Southampton, Salah still looks a good pick.

Lee Bonfield (@FPLFamily): Despite the 3-1 win, Aston Villa gave Spurs problems in Gameweek 1, particularly in the full-back areas. Jan Vertonghen (£5.5m) was a big miss. If Spurs set up the same way they could struggle at Man City, so I’m going for Sterling. The fixture looks tough on paper but City cut through West Ham United with ease last weekend.

Ben McNair (@drbenmcnair): I'm giving the armband to Salah. Sterling is a strong candidate, but three of the past four matches between Spurs and Manchester City in all competitions have produced only a single goal. Aubameyang is an excellent differential option. No player had greater expected goal involvement over the last 10 Gameweeks of last season and he scored in Gameweek 1.

Josh Landon (@hailcheaters): Salah's extended midweek outing makes him too much of a risk when a well-rested, on-fire Sterling is at home to a Spurs defence who failed to impress last week.