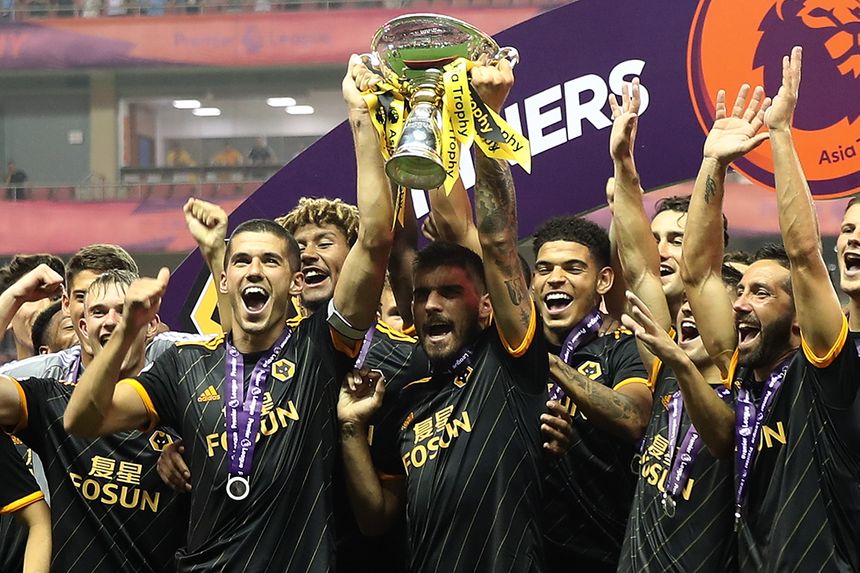 Patricio saved from Ilkay Gundogan, David Silva and Lukas Nmecha to hand his side victory after the match finished goalless in normal time.

Danilo and Aleix Garcia scored for City in the shootout, while Ryan Bennett, Taylor Perry and Ruben Vinagre scored for Wolves. Conor Coady’s effort was saved by Claudio Bravo while Max Kilman put his wide of the post.

Patricio had needed seven minutes of treatment early on after colliding with Raheem Sterling.

And only two minutes after the match had restarted, he had to face a Sterling penalty after Adama Traore had brought down Leroy Sane.

However, the England striker fired his spot-kick over the bar.

City dominated the second half but despite all their possession could not find the breakthrough.

Other than their penalty miss the closest they came in normal time was when David Silva's 25-yard free-kick was turned away by the excellent Patricio.

Wolves are next in UEFA Europa League qualifying action against Crusaders at Molineux on Thursday.

They open their Premier League campaign at Leicester City on 11 August.

Man City's begin the defence of their crown at West Ham United the previous day.