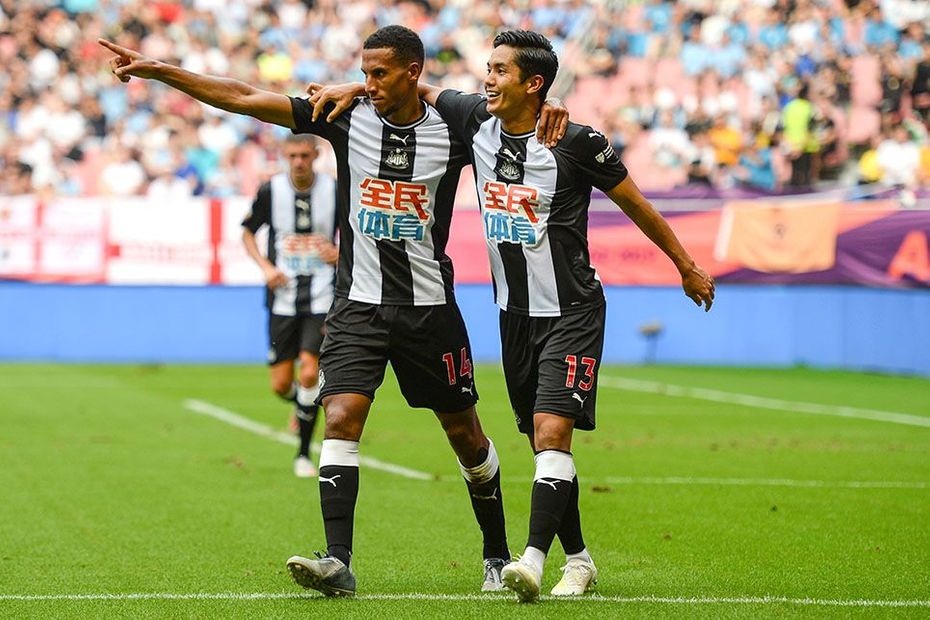 The unmarked Muto flicked in a right-wing cross from Jamie Sterry in the 34th minute at the Hongkou Football Stadium in Shanghai.

New head coach Steve Bruce picked the Newcastle side but watched on from the stands as Academy head of coaching Ben Dawson and under-23s coach Neil Redfearn took charge once again.

The Magpies made the brighter start with Academy graduate Elias Sorensen firing a Sterry cross over from close range.

After Muto's left-footed opener West Ham improved, with Felipe Anderson clipping the top of the bar with a header.

The Magpies thought they had doubled their lead late on, only for Sean Longstaff’s finish to be ruled out for offside.

Newcastle's first match of the Premier League season is against Arsenal on 11 August.

The previous day West Ham host Manchester City, who meet Wolverhampton Wanderers in the final later today after beating the Hammers in Nanjing on Wednesday.