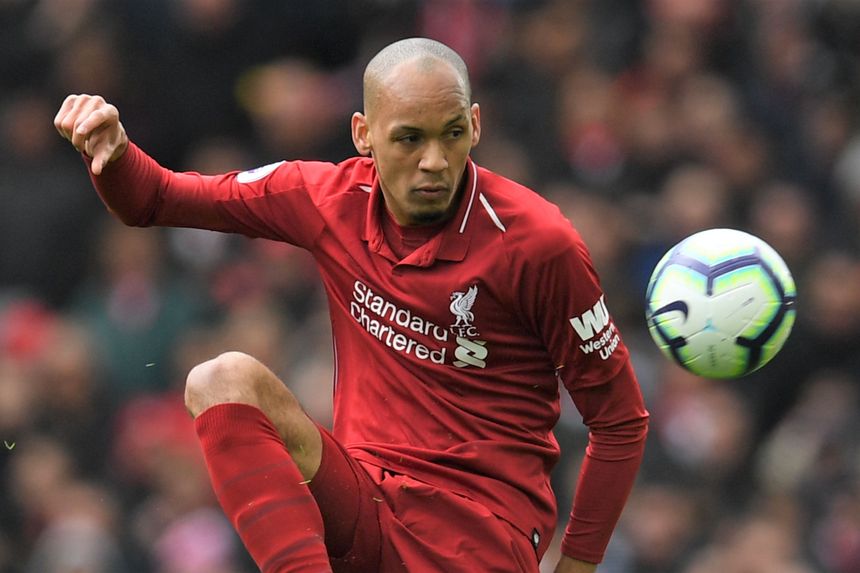 Players to star in 2019/20: Bernd Leno
Premier League fixtures for 2019/20
Liverpool hope for repeat of thrilling win at Norwich

Jurgen Klopp introduced Fabinho gradually into the Premier League, but now that he is fully acclimatised, Liverpool fans are rightly excited about what he can offer.

The 25-year-old was comfortably Liverpool’s best central midfielder during the second half of a wonderful campaign in which they amassed 97 points.

Efficient in and out of possession, Fabinho looks set to develop into even more of a key figure in 2019/20.

Sitting in front of the back four, the player signed from Monaco stops service into opposing strikers and regains possession with tackles and interceptions, while probing when on the ball from central areas.

In a side packed with energy, drive and movement, he offers important balance with his restraint, rarely being drawn out of position.

Fabinho was an especially dominant presence in vital home wins over Everton, Manchester United and Chelsea, and the confidence gained helped him to end the season in superb form.

A brilliant first season in the @premierleague for @_fabinhotavares. 👊

Enjoy a look back at that performance (and THAT assist) against #MUFC in December. 💪🔴 pic.twitter.com/5SAYHLfOMJ

Liverpool won 17 and drew four of Fabinho’s 21 Premier League starts, so Klopp may regret that he only used him as a second-half substitute in January's 2-1 defeat at Manchester City.

His 20 forward passes per 90 minutes are more than the 19 of Jordan Henderson and the 13 of Georginio Wijnaldum in the Liverpool midfield.

His early switches of play out to Andrew Robertson and Trent Alexander-Arnold have also helped the full-backs to be consistent threats in the final third.

Many of Liverpool’s best attacks begin with Fabinho releasing the ball quickly into advanced or wide areas.

After a slow start, Fabinho has become a mobile and versatile performer for Klopp.

Now coming into his prime at 25, he will be central to Liverpool’s continued progress as they seek to go one better in the league in 2019/20.