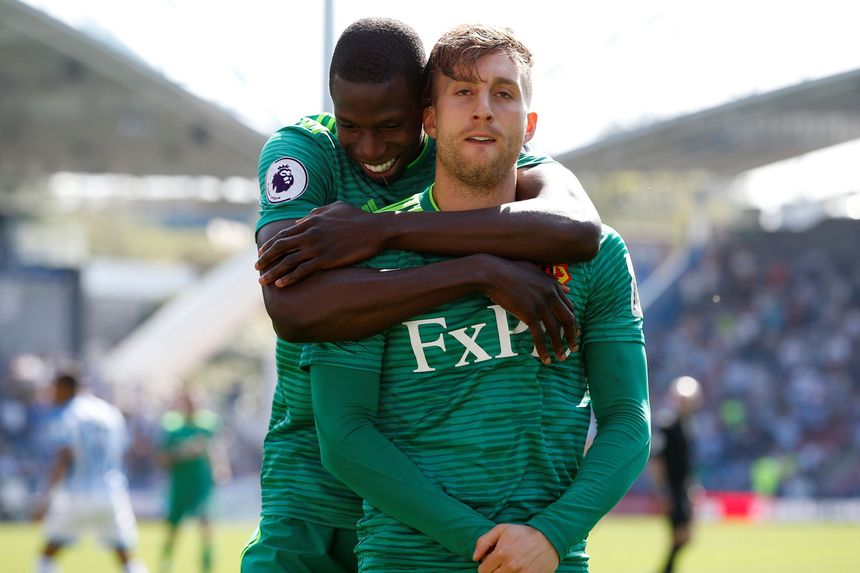 Adrian Clarke is looking at key tactical talking points ahead of Matchweek 37.

Deulofeu has mostly been used as a winger throughout his career, but this season the 25-year-old is operating in a more central, advanced position.

Used as a foil for Troy Deeney or Andre Gray in a two-man forward line, Deulofeu has enjoyed his most productive campaign since he was a teenager with Barcelona B in 2012/13.

Ahead of Watford’s trip to Chelsea, he has nine goals and five assists in the Premier League this term.

Worryingly for Chelsea, the majority of Deulofeu's most destructive performances have come away from Vicarage Road.

He has scored his last seven league goals on the road.

The Spaniard is suited to attacking home teams on the counter or from quick transitions.

He has slippery movement and tremendous acceleration, and is hard to track when the ball is moved forward early from turnovers, or when he is chasing flick-ons with bursts from deep.

Deulofeu’s top speed this term is 35.13km/h, making him the quickest player in the Watford squad.

This pace could be problematic for a Chelsea defence missing their fastest centre-back, Antonio Rudiger, who will miss the rest of the campaign with a knee injury.

If Maurizio Sarri’s men leave room for Deulofeu to run in behind them, or down the side of their central defenders, they could be in trouble.

Most sprints by a Watford player

The skilful Deulofeu’s quick feet make him seem like a tricky winger, but his main assets are actually better suited to the striker’s role.

Gracia recognised how much he enjoys the freedom to roam. And, most importantly, he spotted that the Spaniard is a far better finisher than he is a creator.

Last season only 9.1 per cent of his crosses were successful, the lowest of any Watford player, and that accuracy has dipped to just seven per cent this term.

Deulofeu's tally of 30 key passes also leaves him only fifth in the Watford rankings in 2018/19.

However, his shooting stats show he has a cool head in front of goal.

He boasts 18 shots on target, with half of those resulting in goals, while he has a chance conversion rate of 23.1 per cent and scores every 251.2 minutes on average.

Five of his goals have come from low, right-footed shots that find the bottom corner.

Three have been in one v one situations, showing his calmness when it matters most.

If he gets through on goal at Stamford Bridge, Deulofeu’s track record suggests he will not waste the opportunity, and that he will again prove Gracia was right to push him into a position where can score more goals.